This past week was our second week of living with the Coronavirus COVID19 pandemic in America. The infections have been spreading throughout the world, but have accelerated in the USA and now America has more confirmed cases of infection than any other country in the world. We have continued to isolate ourselves as much as possible. I've been busy with work, and not much has changed with my job. The kids have been staying busy with the schedule Andrea and I put together for them last week and we are excited that they're both going to be starting online classes this next week. In preparation, we got Paige her own laptop. Connor's been enjoying PC gaming lately and although Paige was getting by with one of my old work laptops, it wasn't really fair to her. We shopped online and got her a nice laptop (MSI GF65 - Intel i7-9750H, 16GB RAM, 512GB NVMe SSD, NVIDIA GeForce RTX 2060 6GB, 15.6" FHD 120Hz IPS) that will allow her to be productive, game, and learn about computers. She was so careful and responsible with the old work laptop that I was confident she would do a good job and would take care of her device. We got everything setup on it and Connor's been cute helping her setup her keybinds and everything for Fortnite. Today, we went through the many emails we've been receiving from the school about online classes and Andrea helped Paige bookmark all of the resources she'd be using for her courses and we setup her printer and made sure she could log in to everything necessary. 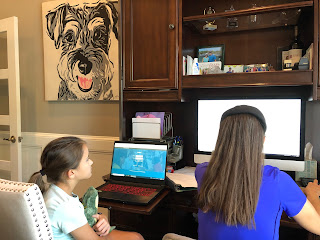 Connor and Andrea went through his emails and school stuff as well. Connor really loved watching the videos all of his instructors put together welcoming them back to class after their long break. 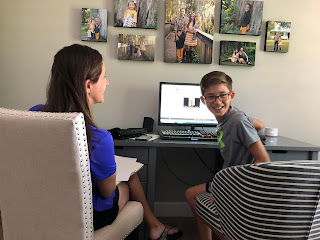 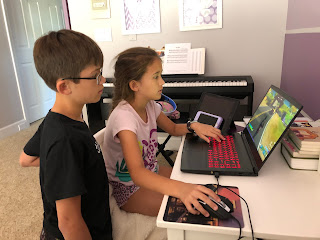 I set up the VR this past week for the first time in a few years. Since I got my Oculus Rift, I was disappointed that very few games worth playing have been released. I really enjoyed playing Robo Recall a few years ago, but all the other games I'd tried were pretty lame. This past week Valve released Half Life Alyx and it looked amazing so I dug out the VR set. In the past I'd set it up behind my desk in my office which really didn't provide much opportunity to move, pretty much just stand still and I found myself bonking in to the wall any time I tried to do anything. I got some extensions for all the wires, and while it looks horribly unsightly I set everything up right outside my hallway in the entry area for the house. Andrea's been nice and patient stepping over all the wires and ignoring the mess. I played HL Alyx a few times and I absolutely love it, but unfortunately my brain hates it. I end up motion sick and feel awful after playing it for very long. I've barely played it much, but it's been fun getting everything working again. I tried to get Connor to try a few games, but he's absolutely uninterested. 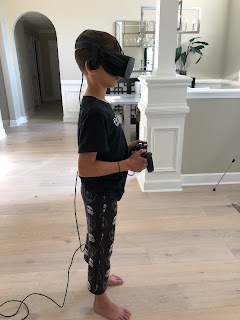 Paige, on the other hand, is absolutely enthralled with it. She's watched some Youtube videos of people playing "Job Simulator" and she's enjoyed trying all the different jobs in the game. 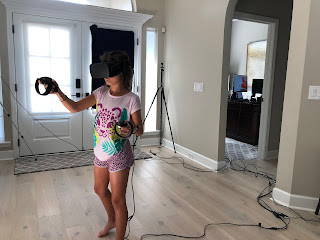 I took a short video of her playing as a convenience store clerk, at the time I took the video she was rooting around in the freezer and eating all the product. She's hilarious because she gets in to it and opens her mouth and chomps the food as she eats it in the game.

The kids have continued running with me this past week and we've gone on our 6 mile run four times now together. They don't particularly love it, but it's been nice getting them out of the house and around the neighborhood. Connor's getting good at recognizing landmarks and Paige has been so strong setting a fast pace for us. Andrea's been continuing her yoga, leg workouts, arm workouts, and whenever it's not too hot we like to go on walks and bike rides in the evenings.

Andrea and I were talking this afternoon that our pool has probably gotten more use in the past couple of weeks than it had the previous 3 years we've lived in this house. The kids have been going out every day to swim for an hour or so and the water's warm enough that it actually feels pretty good. We got them a big unicorn and they love for me to swim with them and rough them up in the pool, I play the part of the "Hippo" and I try to shake them loose and attack them if they fall off.

The kids have also been staying busy by helping out around the house. We all cleaned the car together last week. This week the kids helped us with yard work, vacuuming, cleaning up, dishes, stripping and making beds, and laundry. It's been an adjustment being home so much, but it also makes us appreciate our house, home, and family. There are a lot of people suffering and struggling in the world right now and we are very fortunate so far. 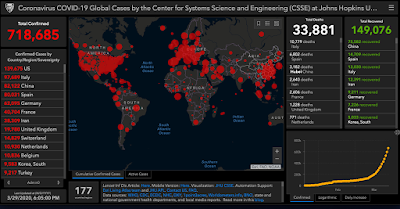