We haven't played tennis since returning from Spring Break and we've been missing it a lot lately. Wimbledon was canceled and all the clubs have been shut down for a while after the USTA released guidance around COVID19 and as a result tennis has been off the table for a while.

Andrea and Paige setup our pool volleyball net in the driveway and hit some orange balls around. 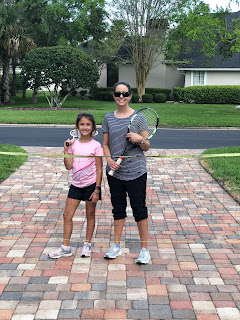 Finally, yesterday we decided that we should try hitting on a real tennis court and went to the neighborhood courts to hit together. Connor hurt his toe recently on a bike ride, so he wasn't very competitive. Andrea and I played a full set together and we gave Andrea a couple of advantages; I had to cover full court and she got unlimited serves. It was close, but Andrea ended up beating me and we were all pretty tired afterwards. 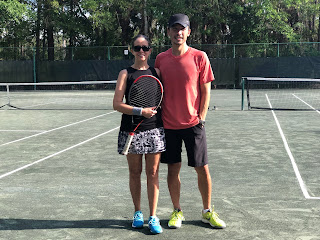 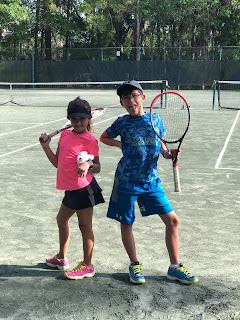 I like that driveway tennis court. That's pretty cool. Nice to have a long driveway so you can do that.