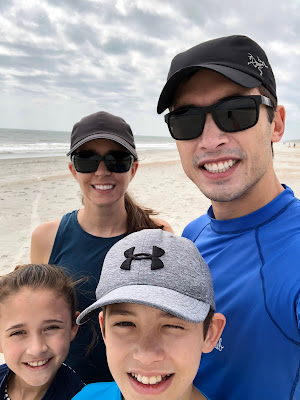 This past week was our 6th week of isolating since the COVID19 pandemic. Our week was mostly the same as the previous weeks. The kids are doing well with their schoolwork at home and enjoy their days for the most part. Connor's always been such a homebody, I think he loves this routine. We played some tennis together as a family, and although the kids complained quite a bit, I had them come with me on a jog this morning. The weather's been a little warmer, but this week was nice and cool out for the most part so we are still trying to enjoy the outdoors as much as possible.

One of the big changes this week is that the beaches were opened up for the public to use for exercise and for fun. There's been a lot of people out exercising on the sidewalks in neighborhoods, so I think it was nice that we also have the option to go to the beach as well. Our little town made international news regarding the beaches opening, with newspapers as far away as the UK reporting on our beach activity. Most of the reporting has been pretty negative and they often showed what were clearly "stock" photos of packed beaches. In reality, the beaches had a lot of activity, but people are pretty good about keeping their distance from others and there are rules against setting up umbrellas and chairs and hanging out all day long. We brought our football and mostly just walked up and down the beach.

On Saturday we went North from our beach club and it was great and not too crowded. On Sunday, Andrea and I went by ourselves and we decided to go South for a different view. Unfortunately, to the South was a lot more crowded, so we will probably stick to going North from now on. 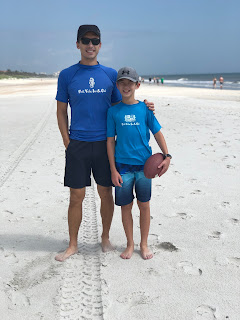 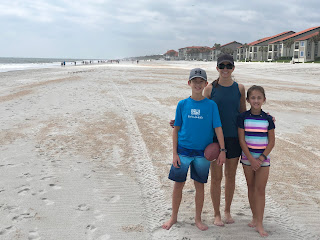 It's still pretty cold in the water, so I've been turning on the hot tub for the kids in the afternoons when they want to swim. They have been really good about hanging out and getting along together. We all worked together on Saturday and cooked tacos for lunch, which was super tasty. 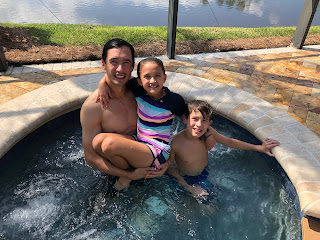 COVID19 infections in the US are getting close to 1 million and worldwide close to 3 million. The deaths in America this week crossed over 50,000. We're hopeful that we're getting close to the peak of the infections and that some things will become safer in the near future, but things are definitely still very uncertain. 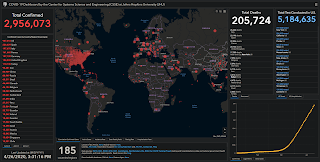 Nice to be able to get away - get to the beaches and outside. We are trying to get out and walk our dogs twice a day and at least twice a week, if the weather is ok, go somewhere like a state park or preserve to walk. Gotta get out and away sometimes.