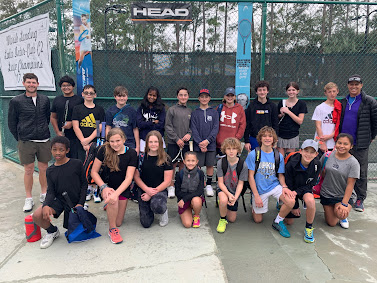 This school year we actually hadn't planned for either of the kids to play for the middle school. Last year's season had been canceled early in the season and the kids had been doing tournaments quite a bit lately, so we didn't bother taking them to tryouts for the school team.

After tryouts were over, Andrea learned the league was organizing the teams differently this year and two of the teams were training in our neighborhood. Andrea talked to the kids about it playing and was able to get both kids on the teams. Connor's on the Varsity team and Paige is on the Junior Varsity team. Although Paige is technically in 5th grade and not middle school, she is allowed to play on the middle school team since there are quite a few K-8 schools in the area which allow 5th graders on their teams. It turns out that Paige could possibly have made one of the Varsity teams if she'd tried out. She is probably the most experienced and strongest player on the JV team. 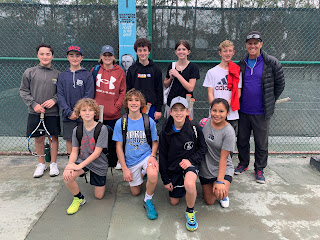 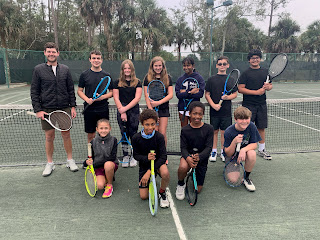 The teams had their first matches the previous week and neither of our kids played in those matches, but they were both available for the match this Thursday and both played. Connor played line 1 doubles with Quinn and Paige played line 1 singles. Both kids won their matches and played great, we're happy that they get to play with friends and use some of the tennis skills they've learned to help their school's team. 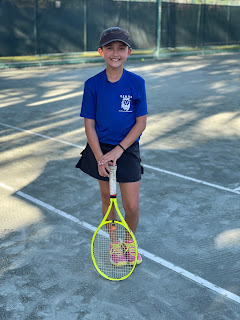 I didn't get pics or videos of Connor, but thankfully Andrea did get some cute pics of Paige and a few videos as well.