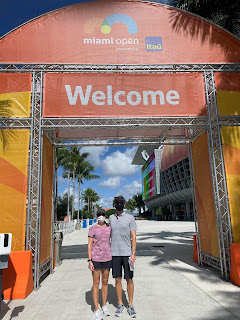 Last year, just before the entire world shut down for the Coronavirus pandemic, we won box seats to the 2020 Miami Open through our tennis club. Andrea and our friend Gina had submitted a photo to a tennis photo contest and our photo got the most "likes" so we had first choice on tickets. Unfortunately, the 2020 Miami open ended up being canceled as everything started to shut down.
This past week, the 2021 Miami Open started. The tournament was being run at 20% capacity and we really didn't expect to ever hear about the tickets again. We were pretty surprised on Wednesday from our club's tennis director that they had tickets for the tournament this year. I called Grandpa Rick to see if he'd be available to watch the kids and thankfully he was available and willing to watch Connor and Paige.
Andrea and I drove down on Friday for the tournament and we stayed at a hotel a few minutes to the north of the Hard Rock Stadium. We charged our car and ate some brunch on Saturday morning and then drove to the tournament. Andrea and I like to watch tennis on TV and we tend to watch mostly the womens' matches. We took our seats in the Grandstands and at 11am we watched #1 Ash Barty play against Jalena Ostapenko. It was a super sunny day and we got pretty hot while we watched. We took a break and found some shade after the first match and then relaxed until the 3pm match Azarenka vs Kerber. The kids watched the 3pm match for a while with Grandpa and actually found a moment when Andrea and I were on the TV broadcast. Once that match finished, we realized that it was likely going to be a long wait until the next matches. We had planned to stay the night, but realized that we would probably sleep better in our own beds and decided to drive home. We washed up at the hotel, changed in to some comfy clothes, and made it home a little before midnight. 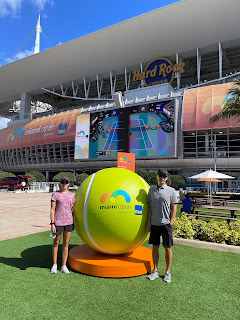 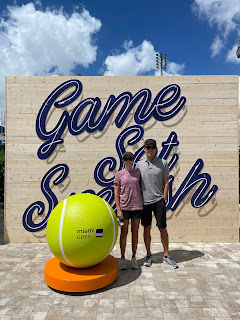 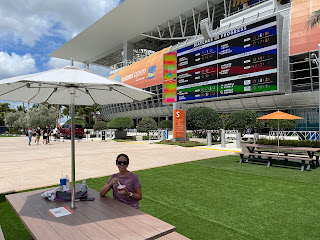 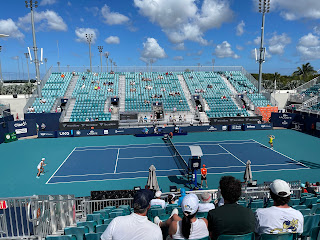 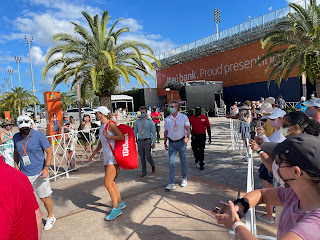 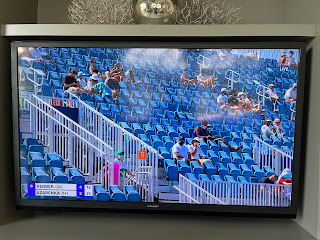 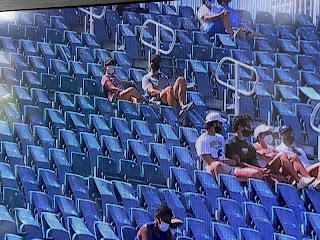 Huge thanks to Grandpa for being available on short notice, taking the kids to tennis matches, a golf lesson, and to ice cream. It wouldn't have been possible for us to have this experience without him!
Posted by Shawn Vernon at 4:49 PM