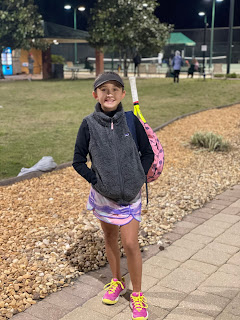 On Sunday, Paige played in a tennis tournament at JCP. The tournament was scheduled over Saturday and Sunday, however it got completely rained out on Saturday so there were a lot of kids trying to squeeze in a lot of matches on Sunday. Paige's first match was noon and she didn't get done until after seven in the evening. There were only three matches overall, but because it was so busy they ended up very spaced out.
Paige played against Portland in the final match and although she was very close to victory at one point, Portland prevailed and Paige took 2nd place. 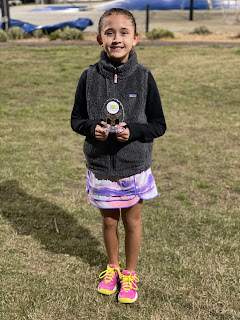