Paige in the exersaucer 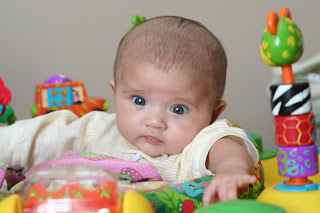 We brought the exersaucer up for Paige to play in. She isn't crazy about it, but has pretty good head control and will tolerate it for short periods of time. 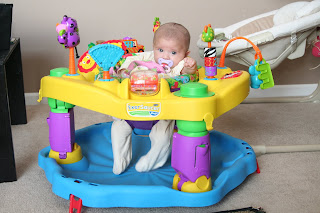 Connor still likes to fiddle with the exersaucer. For the last few years when it's been in the basement, whenever he sees it he still asks to be put in it although he's way too big for it. He liked to show Paige all of the toys and how they worked. 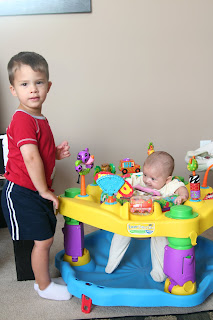 This was Connor at a little over three months old in the exersaucer. His eyes were so much darker than Paige's at the same age! 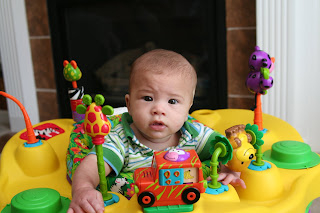 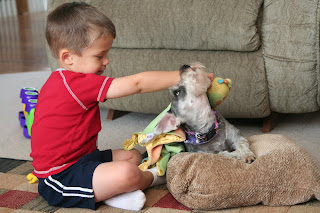 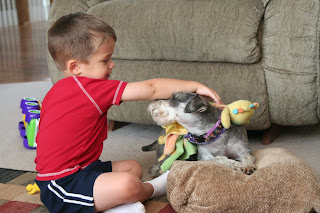