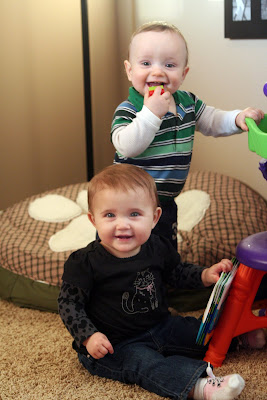 On Saturday, the Brunsman family came over for a visit. We ate pizza, talked, and played together. Paige really liked having a buddy that was her age, into the same toys, and up to the same mischief. Langston and Paige both pushed around the Lightning McQueen car and had a great time.

Connor liked playing with Brandon, who is a soccer star. Connor had just been to soccer practice the night before, so liked having someone who enjoyed kicking around the Dino ball with him. 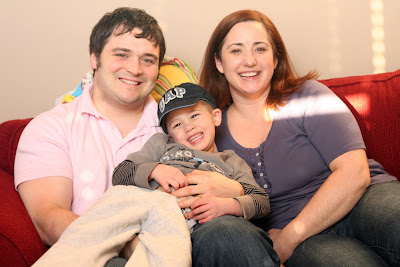