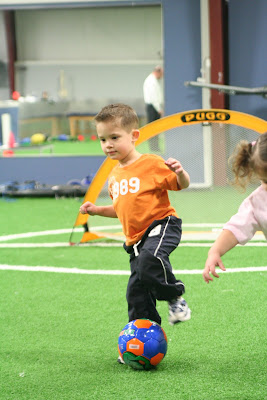 Tonight was Connor's first soccer practice at the indoor gym. We've been goofing around in the front yard playing soccer, but this was the first structured class he's been to. Connor was in no mood for soccer today when he got home from school. The first thing he wanted to do was put on play clothes and chill out. We had to hurry up and eat and there was no time to dilly dally, and Connor threw a little fit. He complained the whole way to soccer practice and wasn't too pleased he had to go right up until the moment he met Coach Shawn. 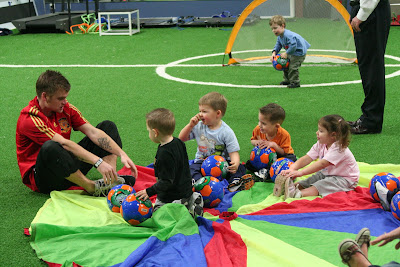 When they got to soccer practice, they all sat down with Coach Shawn on a parachute and got their dino soccer balls. Connor was very pleased with the new ball and right off the bat he thought Coach was very funny. He was grinning from the moment practice started until it ended. Most of soccer practice tonight consisted of drills and games and Connor did a wonderful job listening and following directions. He did awesome and we were very proud of him for being such a big boy and a good guy.

In one drill they chased Coach around with noodles. 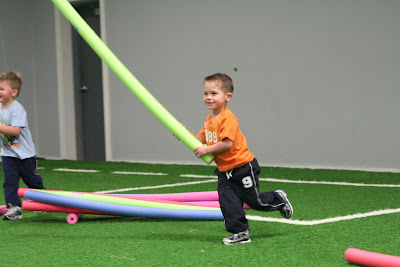 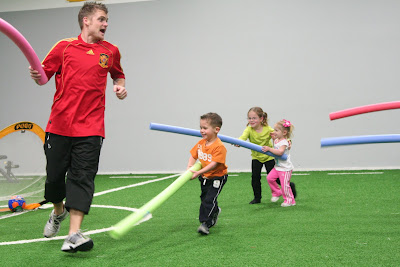 Connor was a great listener. 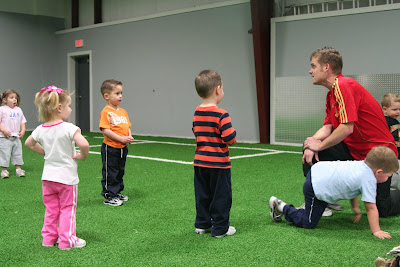 In one drill, the kids had "tails" and Coach Shawn tried to catch them.


In another, the kids had to get Coach's tails. Connor got two! 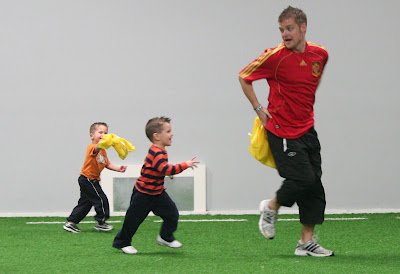 In another drill, the kids kicked soccer balls at Coach. If they missed, they got tickled! RUN! 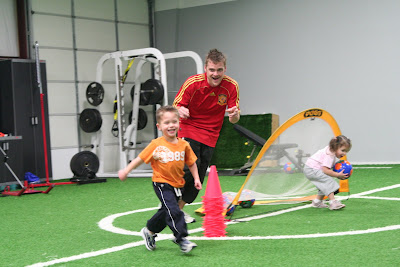 
At the end of practice, they practiced teamwork with the parachute. 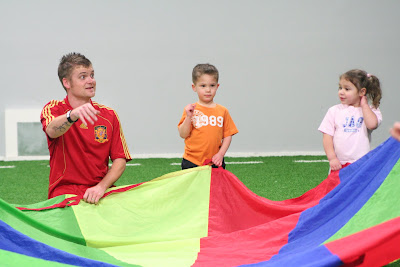 Playing with the parachute.


Paige and Mommy liked to watch all the kids. 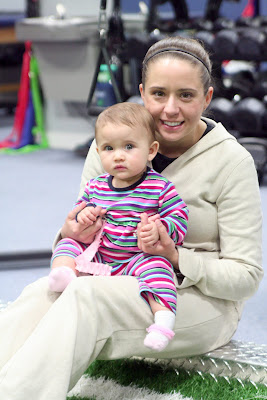 Daddy was very impressed with his little man. 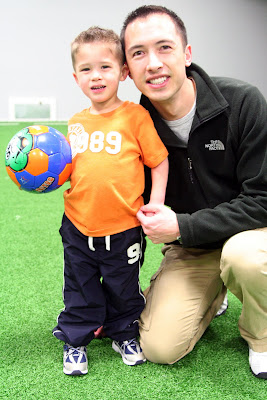 Connor had a great time with Coach Shawn! He can't wait until next practice! 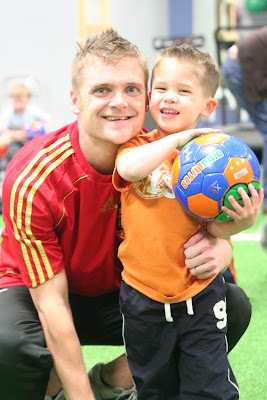 Love to see the little poop having so much fun.