Connor and his tissue 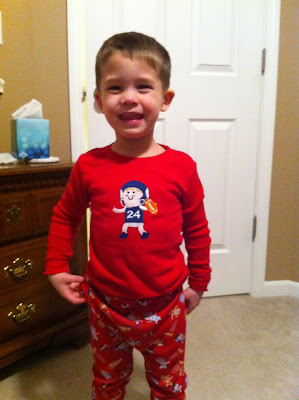 Connor's had a runny nose lately, and as usual he's carrying around a tissue in his pocket so it's handy if he needs to wipe his nose. When he has his pajamas on, he doesn't have a pocket and he decided that stuffing the tissue down his pants was a satisfactory solution.

I took a little video of him demonstrating where he keeps it.


The next video was actually more entertaining. Connor wanted to take a video of me doing the same thing.

Funny post. Cute guy - has a solution for the tissue. And what a great videographer!
GPV