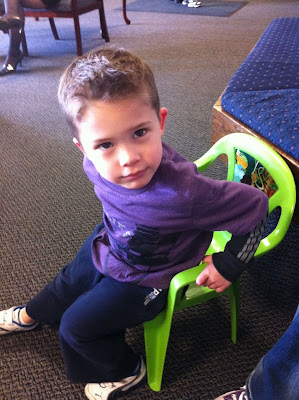 We had to take Paige to the doctor today because she was having some loose stools and her poor bottom was hurting her. While we were in the waiting room, Connor said he wanted to sit in one of the little chairs. We told him he could go get one and bring it over to where we were sitting. On his way back, the nurse came out and called for a woman named "Megan". We couldn't make out the last name, but as the Megan and Connor crossed paths, Connor said loudly: "Megan Wookie that's a funny name!"

We tried not to, but it was impossible not to crack up. 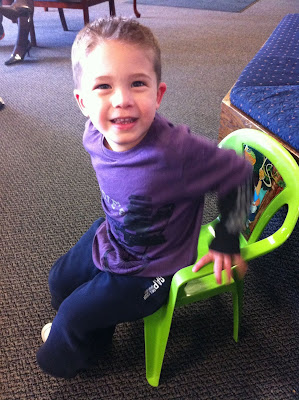