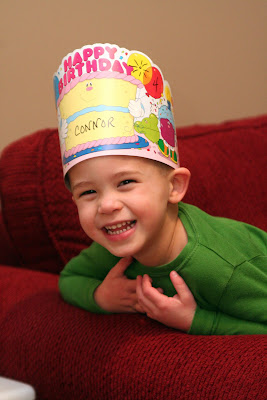 Connor is so confused. On the day of his birthday party he kept asking us "Am I four now?" and for a while we tried explaining that his actual birthday was later in the week, but we were celebrating it early. That was too complex for him to process and he kept asking throughout the day and we finally relented and told him that he was four. Well, since his party he's sure he's four and was telling his teachers, who corrected him and told him he wasn't four until Wednesday.

Well, today is his actual birthday and Andrea wanted to make it fun for him even though he didn't realize it. They went out for his favorite breakfast and had pancakes and sausage and met Daddy for lunch. Paige went to the sitter, so it was mostly just a special day with Mommy. Connor was a good boy and we hope his actual birthday was enjoyable. We love our Bubba Brown. 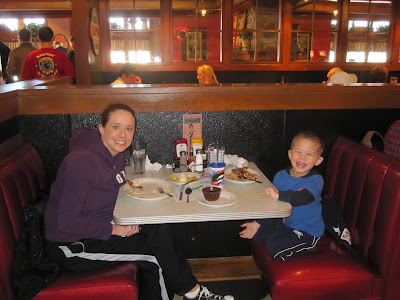 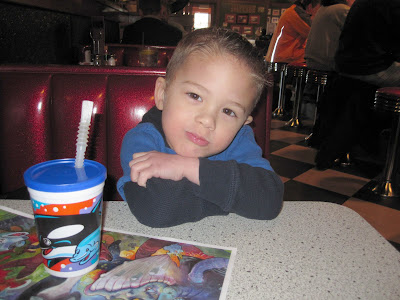