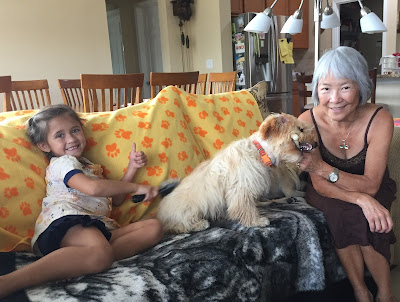 While we worked on the house, the kids stayed with Grandma Alice and Grandpa Rick. Grandpa Rick had to fly out to help his parents on Tuesday, so it was left to Grandma Alice to hold down the fort. Her house was a bit of a zoo with her dogs Pixie and Possum as well as Chloe. A neighbor dog Lucy was dropped off midweek as well as an extra bird. With Grandma's two birds that brought the number of animals to seven. Connor and Paige love being at Grandma's and it was extra special with all the animals.

They went to school Monday through Thursday, and Thursday was their last day of school. As they got off the bus, some of the parents and siblings were waiting for them with water balloons, as is the tradition in SJF. 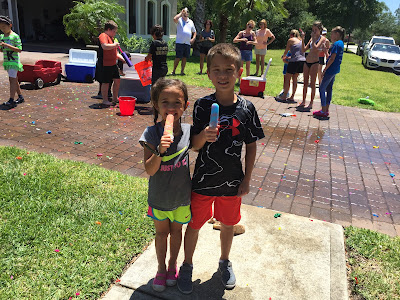 The kids took walks with the dogs and Paige doted on them and carried them around throughout the week. 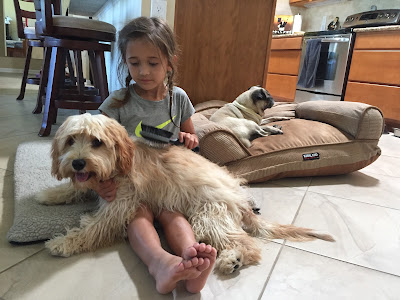 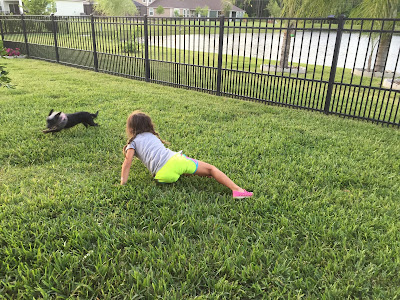 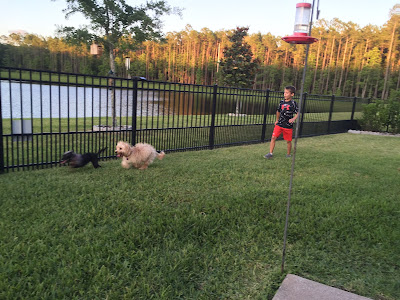 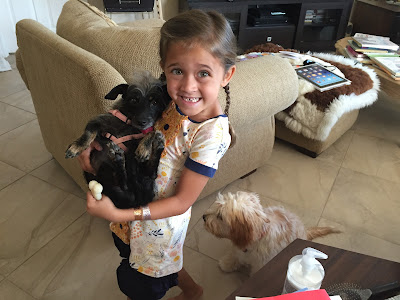 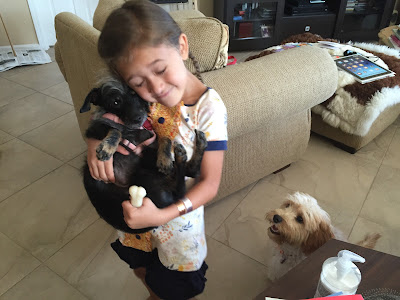 Grandma had some art projects for Paige and she also took them to the library and got them a big pile of books to read while they were at the house. 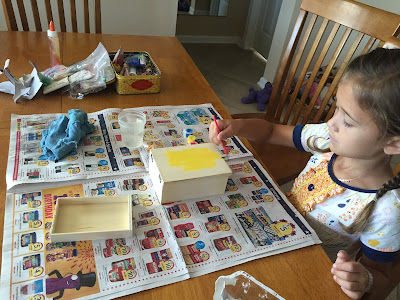 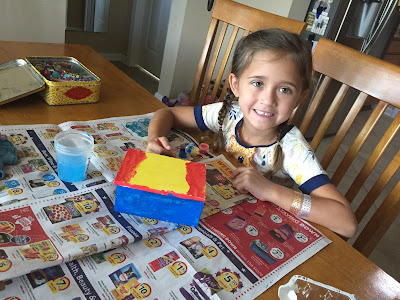 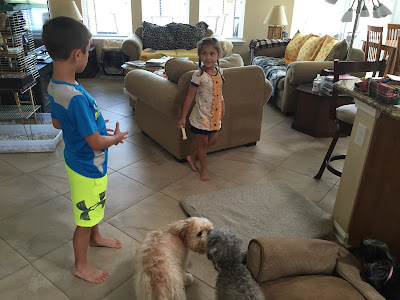 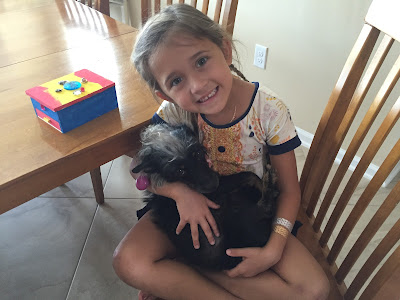 Thanks to Grandma for helping the kids finish their last week of school at LPA and for having so many fun things to do for the kids.