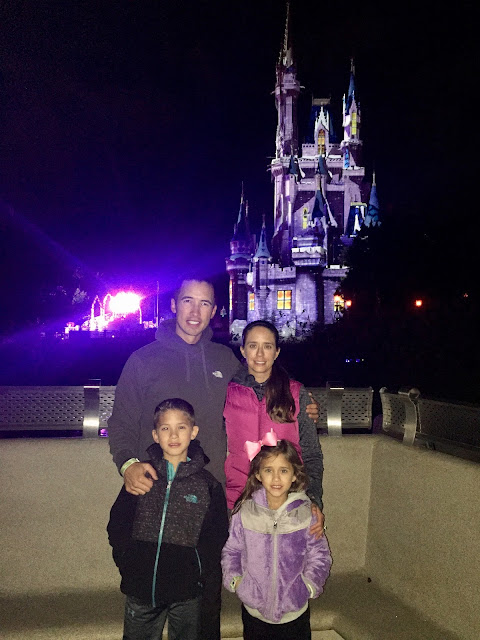 On Friday December 9th, we went to Mickey's Christmas Party. It was a pretty cool day and a pretty cold night, but it was nice for a change and after we put on our warm clothes was much preferable to a blazing hot summer day. 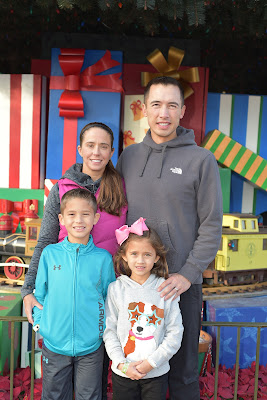 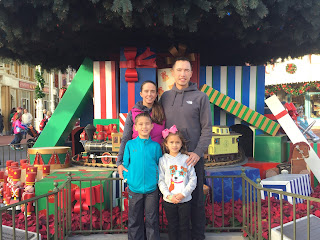 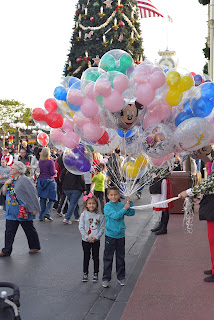 We went through Tomorrowland to start with and to the Dumbo ride. We rode some of the rides before the actual party actually started and tried to avoid some of the longer lines as much as possible. 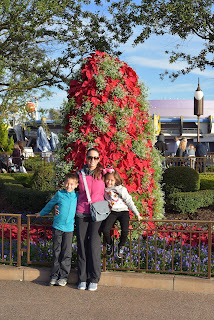 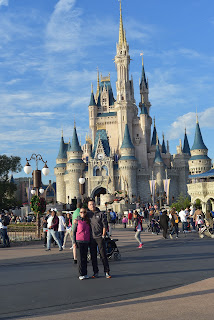 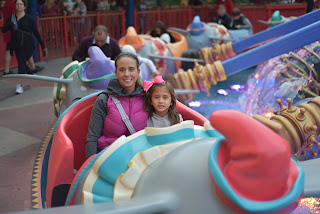 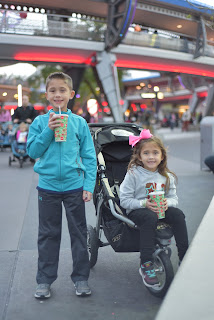 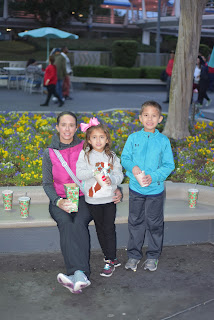 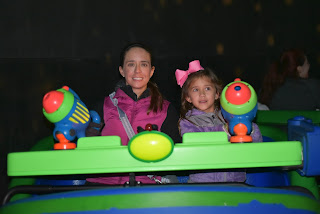 We rode the Buzz Lightyear ride and a few of the other rides as it got dark. 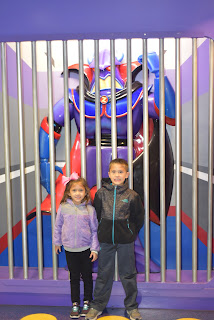 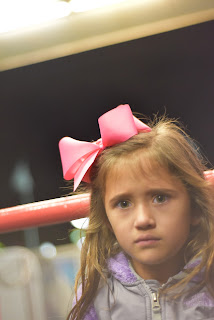 Paige got grumpy right as we got to the car ride, but she snapped out of it once the ride started. She enjoyed riding with Mommy. 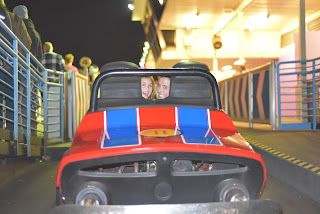 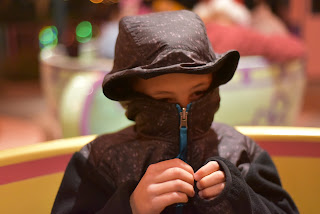 The kids really wanted to ride the teacups, and we tried to compromise that we would ride together, but not spin them. Connor didn't like the compromise and pulled his hood up in embarrassment. He was sure everyone was silently judging us as we went around and around without spinning. 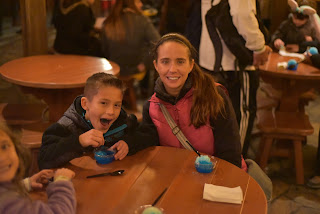 This year they had additional goodies instead of just cookies and hot chocolate. We got some blue icy snacks and enjoyed turning our lips and teeth blue. 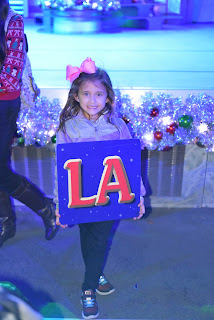 We watched some of the Disney characters perform a show at the Tomorrowland stage and Paige got to participate by holding up a "LA" sign when we sang "Fa La La La La" she raised it up. 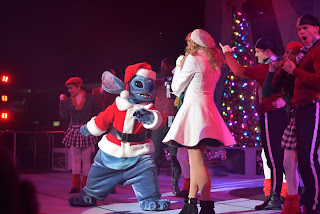 Stitch came out at the end dressed in his Santa outfit for the big finish and then it "snowed". 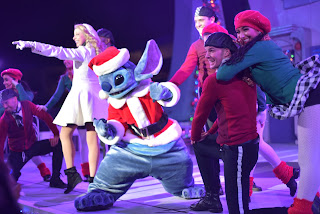 The decorations were wonderful as always and we got some pics in front of the big tree and near the entrance decorations. 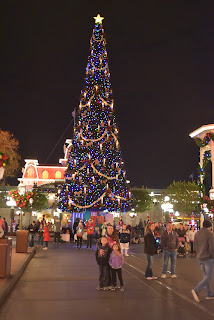 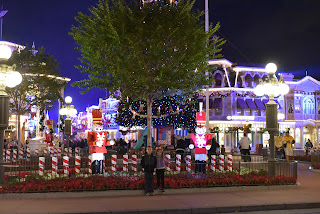 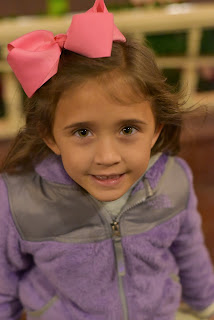 On the way out we stopped by and got our pics with Santa! It was only a 15 minute wait, which was nice. 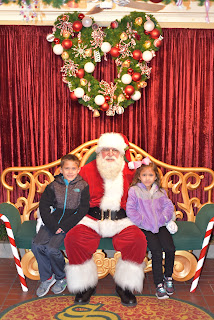 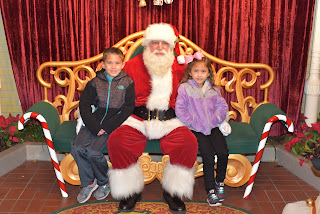 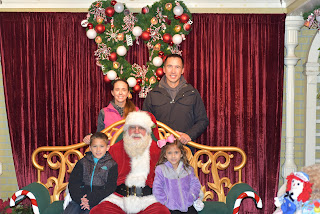 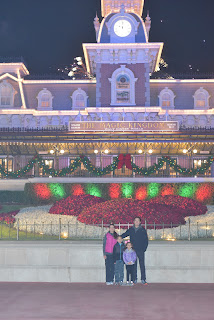 As we left the park, we got a pic at the park entrance just as the fireworks were going off. We figured it was going to be a mass exodus after that and we beat the crowds back to the monorail and the car. We stayed up a little bit late, but definitely didn't shut the park down. 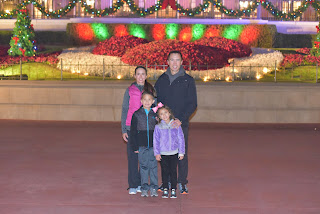 We enjoyed our Christmas visit to Disney!