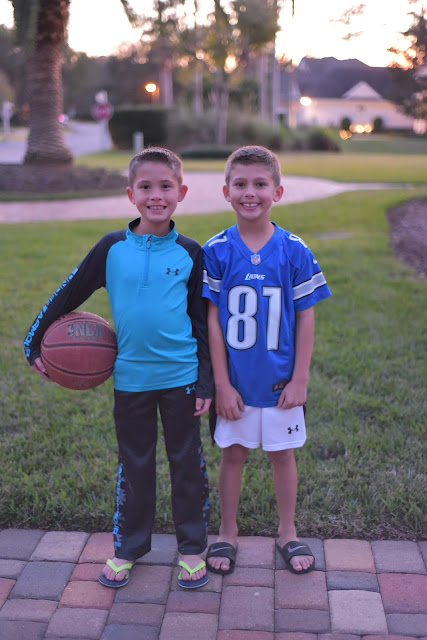 On December 23rd, the kids were out of school for the day. Andrea took Paige over to play with Kennedy in our old neighborhood and took the opportunity to drop Connor off with his friend Trevor. Connor and Trevor played Madden 2016 at Trevor's house and then Andrea brought Trevor back to our house after we ate at Cruisers for lunch. The kids played some basketball, football, and a little more Madden before Trevor had to leave. It was nice to see Connor's little twin again. Trevor is likely going to be moving to Seattle in the next year.
Posted by Shawn Vernon at 2:18 PM