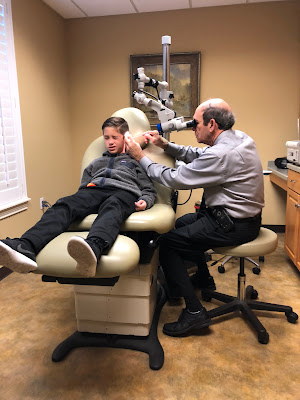 Connor's had these ear tubes in for a loooong time now (http://www.vernonvolumes.com/2013/08/connor-gets-ear-tubes-again.html).

We are planning to get them out in early 2019, but for now we're still dealing with them. On our cruise, one of his earplugs came out a little while we were roughhousing in the ocean and some saltwater got in his ear. It got infected, and we went to the ENT to get it suctioned so we could get the ear drop antibiotic in to his ear and also just to generally clean up the ear canal. We are looking forwards to being done with the tubes soon!


A picture inside Connor's right ear after it was suctioned. 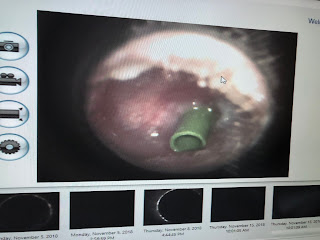 The closeup picture of the tube in his left ear, which wasn't infected. 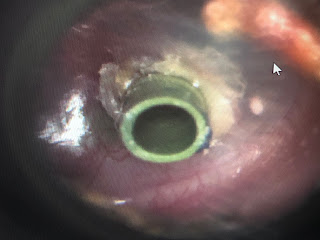