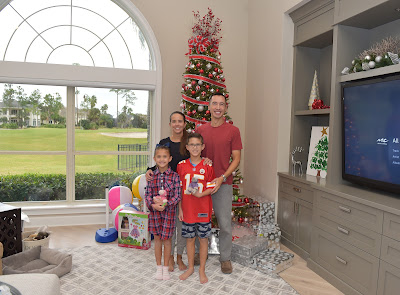 We celebrated Christmas on Saturday December 22nd together at home. We took a video of the kids coming in to the family room to see what Santa brought and then we passed out the presents and took turns opening. Santa brought the kids a volleyball set for the pool, a new American Girl doll for Paige and a Chiefs jersey for Connor. 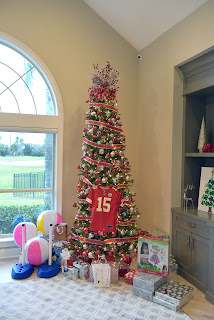 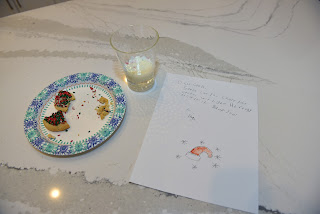 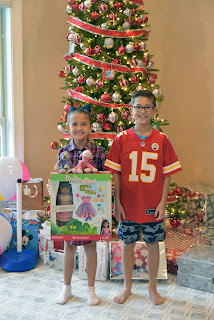 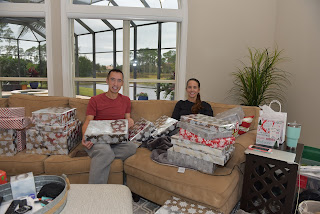 Andrea and I both had a lot of boxes to open. Andrea did an awesome job picking out a lot of stuff that I wanted and needed, she definitely tried hard to make Christmas special for everyone. Andrea received mostly clothes as well as some Fruity Pebbles rice crispy treats. Thankfully she gave us some good ideas of what to get for her. 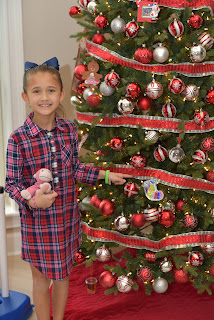 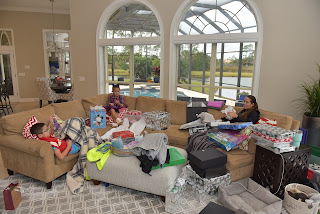 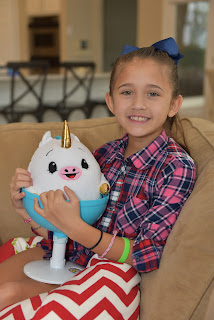 Paige's favorite gifts were the iPad, her American Girl doll, and her Unicorn Slippers. Connor's favorite gift was the iPad. They were both excited for the new iPads, their iPads have been well used and are getting fairly slow lately and are unable to play the new games. They actually have been very patient with their old iPads and haven't complained or asked for new ones, but we knew it has to have been frustrating for them. The new iPads have nice cases too that look more grown up and are more sturdy.