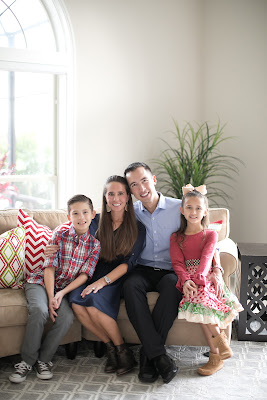 On December 2nd, we had an appointment for our family pictures. We'd already had to reschedule once, so we were really wanting to get them done in time for Christmas cards. Unfortunately, there was a big storm blowing through and the park where we were going for pictures was right in the storm's path. At the last minute we decided to change the plan and we had our photographer come to the house and we took pictures in the house and within the neighborhood. It was disappointing because we didn't get to take them at a picturesque park and because the weather was a bit windy and wet in the neighborhood, but it did have some positives since we were able to take some Christmas pics and we also got to take some pictures with Chloe. 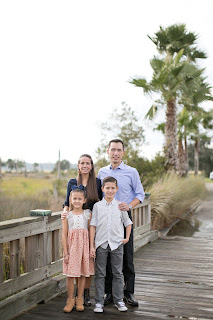 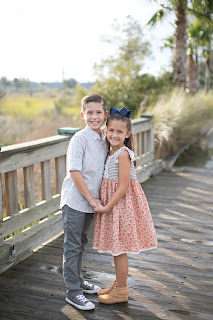 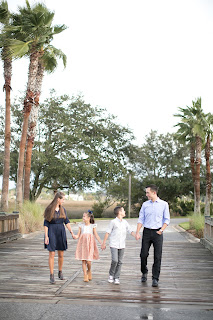 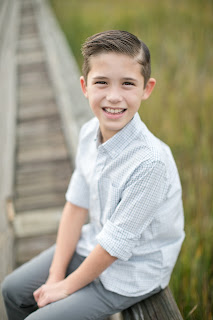 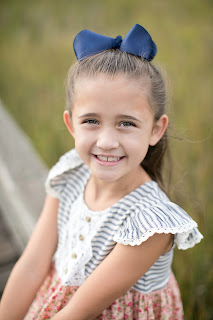 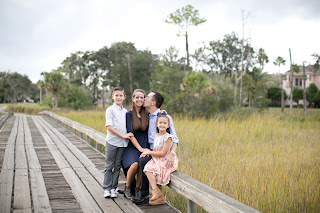 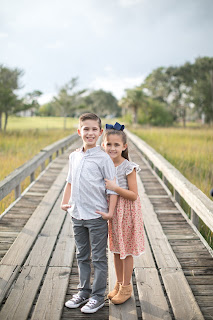 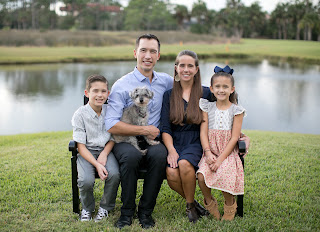 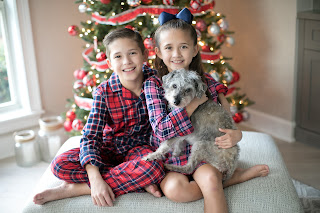 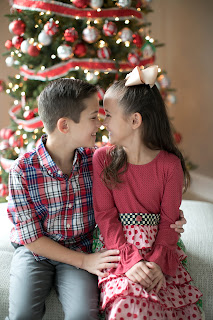 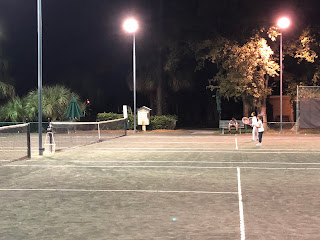 On Friday, our neighborhood had a tennis mixer for the kids. Connor and Paige both went and got to play matches with other kids and eat pizza. Connor had some challenging matches and had a fun time. It was an exciting event for Paige though because it was the first time she played out actual matches and had to keep score. The girls did a round robin with doubles and Paige won all of her matches except the last one. We tried not to make a big deal about it since it was her first time and we were happy to see her have fun with it.