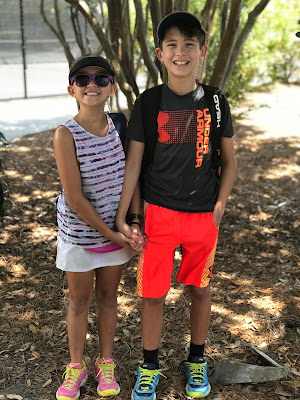 The kids are officially out of school now. This past week they only had a few casual online meetings with classmates, no actual coursework. Since Monday was Memorial Day, we decided to go to Wild Dunes on Saturday (5/23/2020). We drove in on Saturday and did our new routine where we stop outside Pooler and get McAlister's to go and then eat it while the car charges. We went to the airport bathrooms which were near the charger and I snapped a pic of the family with their fashionable masks. Hopefully they're helping, it's hard to know. 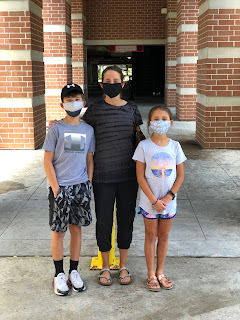 For our stay in Wild Dunes, we rented a different house for the first time at 14 Fairway Dunes, which was a bit further East in to the barrier island. The house was a townhome which had a tight 1-car garage where we could charge our car and it was a multi-level setup with two bedrooms downstairs, another bedroom up a half level and then a family room, dining room, and kitchen upstairs. The view off the back of the house was an awesome view of the golfcourse and overlooked one of the greens. It was fun watching the golfers come through and miss all their putts. The house was also nice since there was a small office setup downstairs for me. It worked fairly well, but there was no vent in the office so I had to keep the door open or I'd burn up and feel like I was suffocating. We had terrible cellphone service and had to use the wifi for cell service, but once we got that setup it worked ok from within the house. We all came to really like the house, Paige loved it and it was her favorite house we've stayed in at Wild Dunes.

We played tennis a few times throughout the week. The courts were a one mile ride from the house and on Sunday we did our first clinic with Nick and Paige was with Patrick for a private lesson. When Paige finished her lesson she snapped a few pics and some videos of us playing in our clinic. 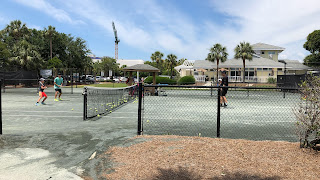 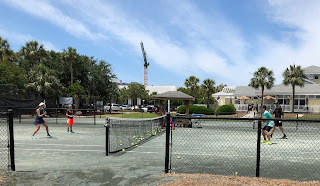 I've been working with the kids on video editing and they each put together some clips that Paige took. Fortunately for me, Paige captured a number of points that seemed to feature me while Andrea and Connor didn't have much play time. 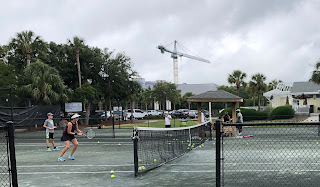 We took off tennis on Tuesday, got rained out of tennis on Wednesday and by Thursday my leg was feeling pretty good and I did the clinic with Jessie. Unfortunately, in the clinic on Friday with Tory my leg was feeling great and went too hard for a difficult ball and felt it pop. I've been babying it since then, but pretty disappointed that I was recovering well and ended up hurting it all over again. 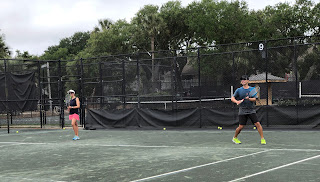 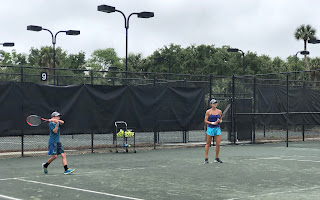 Overall, the clinics were a lot of fun. Connor is doing awesome hanging in with the adults  and he had some really great points and shots. Andrea, as always, was super steady. During the last couple days she would win a lot of the games consistently and Connor and I would have to come up with all kinds of schemes to beat her. The clinics, as usual, were a lot of fun and it was nice to see some of the pros that we've gotten to know over the years. Unfortunately, Tory will be leaving for a new job in Ohio, so we said goodbye and good luck to her at the end of our clinic on Friday.

Other than tennis, we did some other things around the area throughout the week. We rode bikes quite a bit and on a couple nights we stopped at Huey's Southern Eats for milkshakes while we watched the sun set. 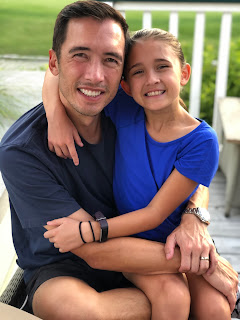 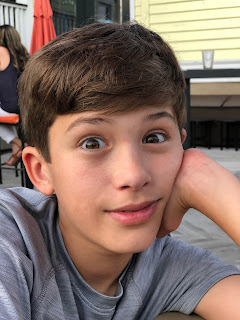 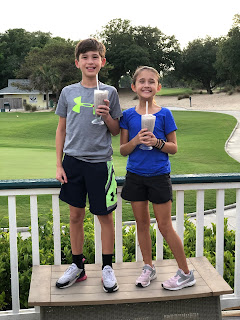 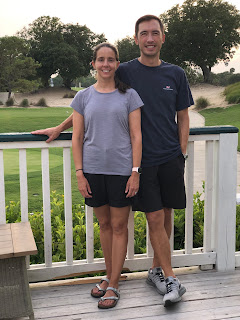 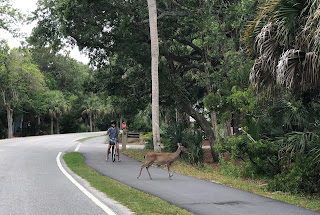 Our big adventure for the trip was a sunset kayak excursion on Wednesday evening 5/27/2020 with Nature Adventures. Our tour guide Eric was a bird enthusiast that managed a local Wild Birds Unlimited store and he was very knowledgeable about the area and especially all the wildlife. We'd been scheduled to do the kayak tour earlier in the week, but with some strong winds we'd pushed it back a few days and were glad we did because it was quite a workout even with calm water and wind. 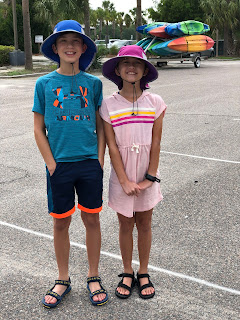 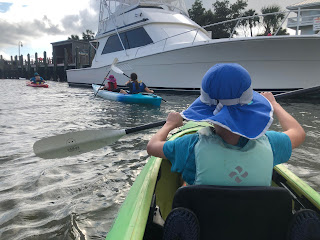 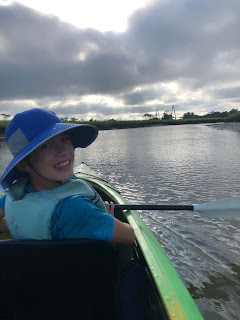 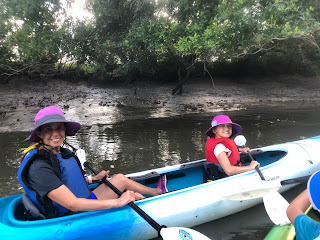 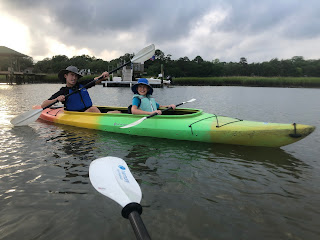 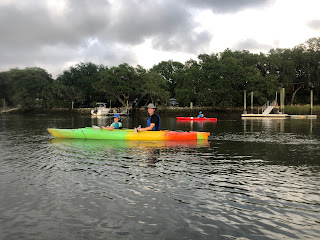 We paddled around the harbor and eventually through some marshy areas that looked a lot like the marsh back home. It was a pretty long 2 hour tour and Eric chatted with us almost the entire time and we appreciated having someone friendly and competent guiding us through our tour. Afterwards, we ate at Saltwater Cowboy's. We are doing our best with social distancing so sat outside and had a nice view of the water while we ate. 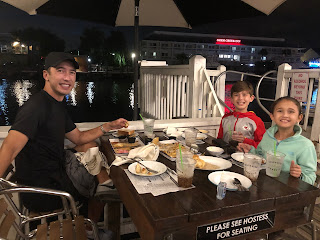 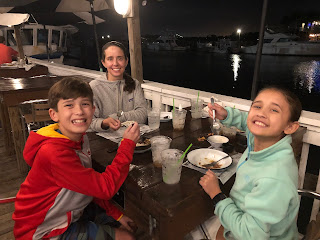 Our trip was great and we had a fun time together and it was nice to get out and do a little bit of traveling. We ate some good food from McAlister's a bunch of times, ate at Page's Okra Grill, had lots of great tennis, and lots of good family time.
Posted by Shawn Vernon at 8:10 PM

That was a nice trip. Your tennis playing is impressive! Love the kayak videos and pictures. That looks like fun. We'll have to try that sometime.