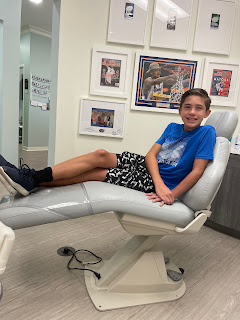 At Connor's last dentist appointment, our friend Dr. Ross suggested that it was time for Connor to go to the Orthodontist. He had his appointment on Wednesday June 9th, 2021 and we were given a few options for his treatment. We opted to go with Invisalign clear retainers, so hopefully Connor will be responsible with them. They did a scan of his mouth and we will be getting his retainers some time later this summer. 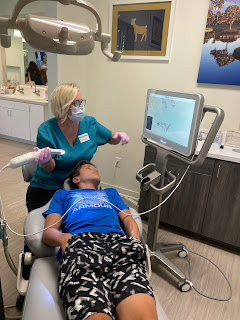 Since Paige was along for the appointment, they also checked her out and gave an initial consultation for her treatment as well. 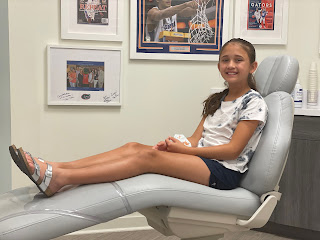