Kids stay with Grandpa and Grandma during our Vail trip 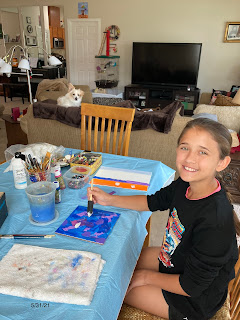 Initially, we'd planned to bring the kids with us to Vail, but neither one of them seemed all that interested. Since they would have to miss some school, we reconsidered whether to bring them and asked Grandpa if he'd be willing to come over again and stay with the kids while we were away. Thankfully Grandpa agreed to come during the week and after school was finished on Friday he brought the kids to their place for the weekend. Connor ended up going and hanging out with his friend Robert for most of the weekend, so Paige got a lot of one-on-one time with Grandpa and Grandma. She worked on some painting, cooking, and went with Grandpa to his pickleball group and played pretty well apparently. 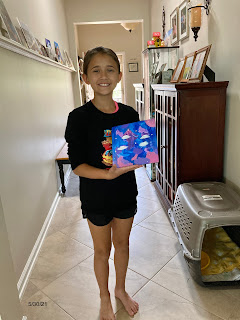 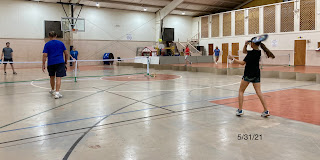 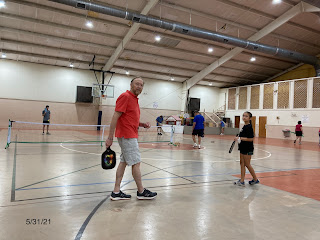 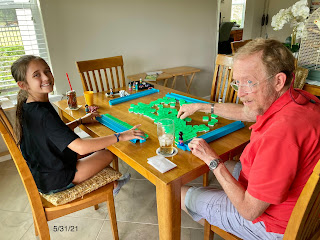