Grandpa and Grandma's house with the Dogs 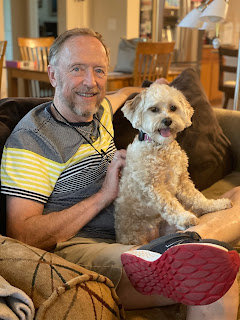 After we dropped Paige off at the Gobles, we stopped by to see Grandma and Grandpa. They had five dogs they were dogsitting during the week, but unfortunately three of them left already before we came over. We still got to see a big chocolate lab that was pregnant and a cute old schnauzer. Andrea tried to pet Pepe, and after a couple attempts he finally let her touch him. Even though it's been a few years now, he's still a shy and skittish dog. 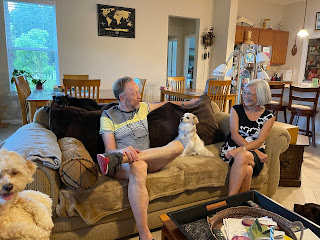 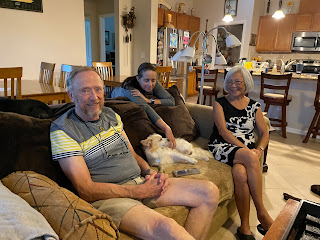