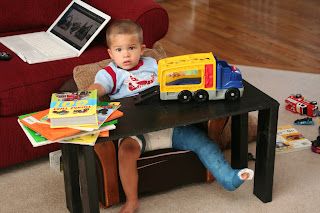 Connor had a great week last week with both Grandmas. He has been struggling with his pooping, and he's exhausting to haul around, but it was a good week to bond and spend time with the Grandmas.

He learned to "Make Fish" with Play-Doh and although it's pretty messy, he really loves his Play-Doh. In his Play-Doh kit he has little cookie cutter shapes and one's a fish. Whenever he wants to play with the Play-Doh he asks to "Make Fish". 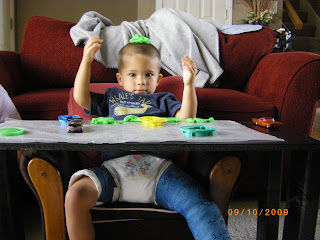 He still spends most of his time playing in his chair on the table that Daddy made him. He has a lot of tummy time and we go outside with him if it's not too hot, but usually he likes to sit in his chair and read or play cars or make fish.

Tuesday, September 8th, Connor went in for his first check up and everything is healing up pretty well. He had some X-Rays and they're juxtaposed with the original X-Rays taken in the Emergency Room. 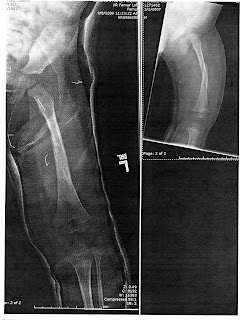 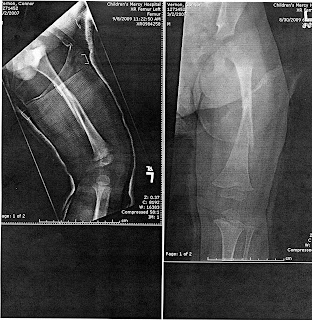 A big thanks to both Grandmas to all their help and also to Andrea's cousin Jessica for helping the Grandmas and Connor with his Ortho clinic appointment! 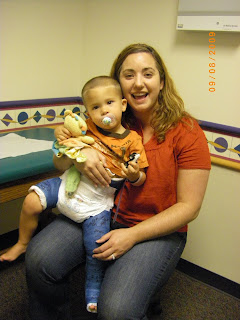 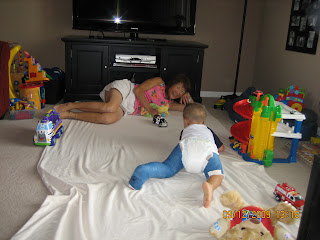 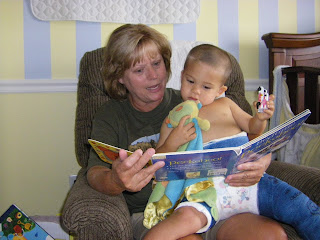 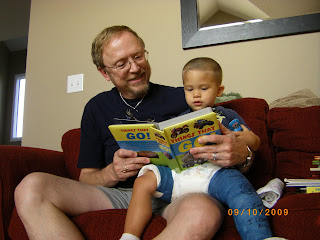 It was lots of fun. Love that little tike.
GPV