We went to the Liberty fall festival and parade today. It was a beautiful day for it. Grandma Genie and Grandpa Garry came to the festival today too and Connor had a good time hanging out with them. It was a nice break for Mommy and Daddy's laps that the grandparents held Connor during the parade. The parade was really long, but Connor enjoyed watching all the people and trucks go by. Definitely the motorcycles too. He remembered the motorcycles from the Puddle Jumpers parade and covered his ears when they came by even though they weren't nearly as loud.

Connor seemed to be one of the main attractions of the day. I can't count how many times people would stop and point at him. We had to explain how he broke his leg to countless people.

Just 10 more days and we're done with it! (Hopefully!)

Getting ready to watch the parade: 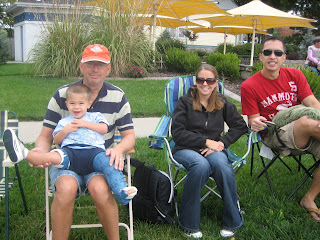 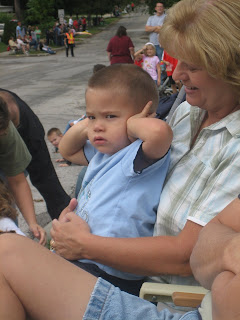 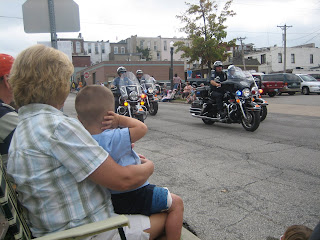 The clown making Connor a balloon: 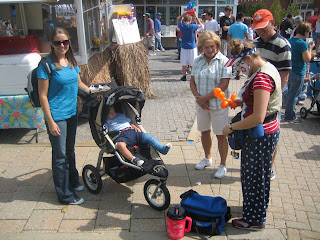 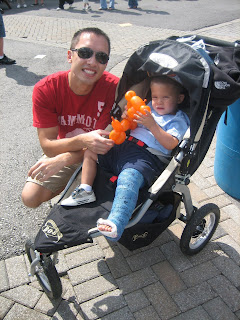 Yes, those motorcycles are loud. Ha. Glad the little guy is able to get out and enjoy stuff even with the broken leg. Glad you are the kind of parents that take your kids places and do stuff with him. We always did that with our guys - glad we did - and I imagine you are too. Love you guys - and the cute little poop too.