Standing in the cast

Connor's been pulling himself to his feet lately and we were starting to get worried about it. This morning he pushed over his little table and then stood up and grabbed on to it. We were worried it would hurt his leg or his cast, so at today's appointment we asked the doctor about it and he said it was fine. We let him stand up a little tonight and got a few pictures. 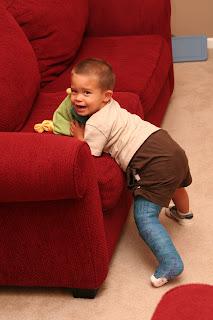 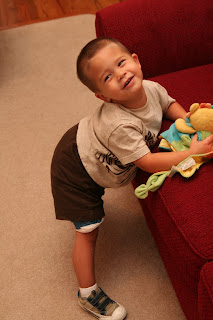 Also in these pictures you can see he's had a lot of people sign his cast. We'll have to get a picture of all the names soon.
Posted by Shawn Vernon at 7:17 PM