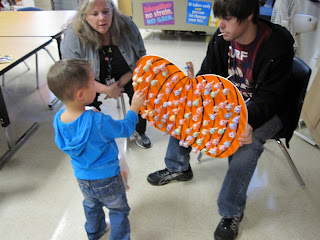 This week Connor, Paige and Mommy went to Camp Carnival at the "Liberty Academy". There were lots of games to play with lots of candy prizes to win.

He knows he isn't supposed to eat it and so the student working at the station let Connor fish again and Connor won some suckers. 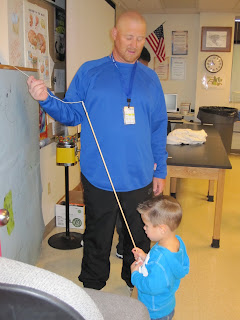 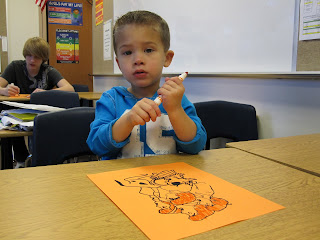