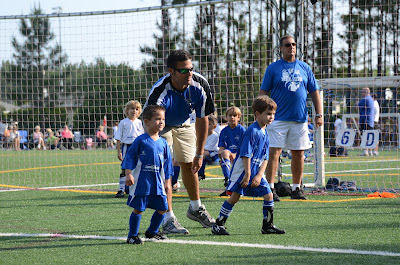 His team's really improved and Connor has definitely gotten quite a bit better as the season's progressed. All the boys on his team are very sweet and they have a lot of fun.

Last week I didn't bring the camera and I regretted it because he had a number of impressive goals. He's pretty good at controlling the ball and can kick it well with either foot. 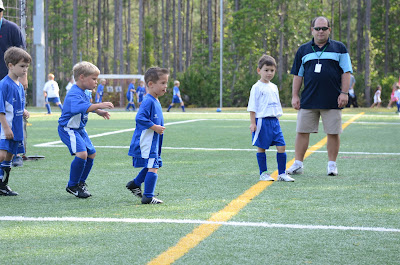 Soccer's good for Connor too because he gets great exercise and at halftime is tired and hungry enough to eat fruit. Usually he would never be interested in oranges, but he gobbled them up at the game! 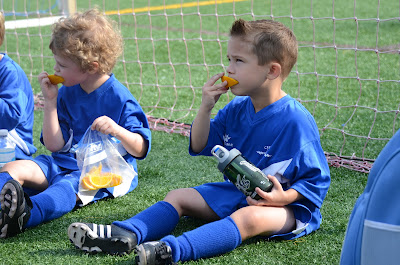 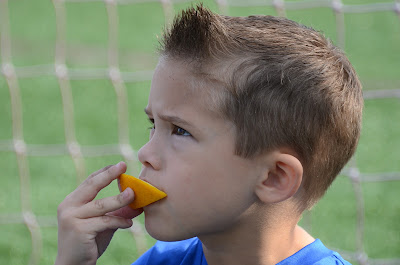 This week, they played a pretty good team and Connor scored a few times. I put together a fairly short video since some of these get long. It was hard to tell on a few of the other goals if it was really Connor who touched the ball last or someone else. I liked this video, obviously because Connor scores some goals, but also Coach Joe's talk to them at the end and their "GIANT ALLIGATORS" cheer.

Mommy and Sissy cheered Connor on, of course. I thought this picture of Paige playing with her water bottle was cute. She loves carrying it around everywhere. 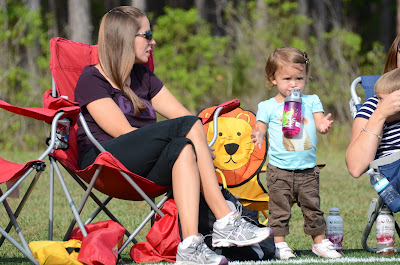