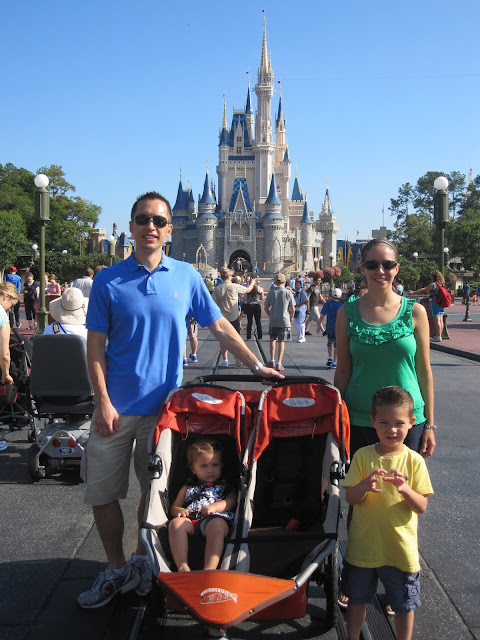 This Monday is Paige's 2nd birthday, so to celebrate we all went to Disney World for the weekend. We went down on Friday and stayed through Sunday morning. We usually stay at Disney properties, but the Buena Vista Palace looked pretty nice and we thought we'd give it a try. It was located on Disney grounds, right next to Downtown Disney.

On Friday, when we arrived, we went swimming at the pool for a while and it was great practice for the kids. It was nice that they didn't require any swim jackets or life vests or any floatation devices and throughout the weekend, both got better and better. Connor hasn't been doing so well on his floating, he may not have enough meat on his bones to be buoyant. He still does a pretty good job doing his ISR skills and is very comfortable swimming on his back. He does great and stays relaxed, able to breathe the whole time. He swam all over the pool with no trouble and enjoyed it when I'd toss him in to the middle and he'd have to swim out on his own. He'd flip over and swim on his stomach if you told him to, but he still doesn't feel comfortable swimming for long like that.

Paige is the floating queen. She could float and float all day, although she'd cry the whole time and demand that you help her. She was a little tentative at first, but by the end of the weekend she was jumping in and swimming to us. She did well swimming to the side, but if she didn't get there in time and had to float, she'd have some trouble. The way she seems to transition from her float to her stomach, she'd inadvertently push herself away from the ladder or wall she was trying to reach. Even so, she was amazing and there were a number of people that were pretty impressed that she was such a great swimmer at such a young age. 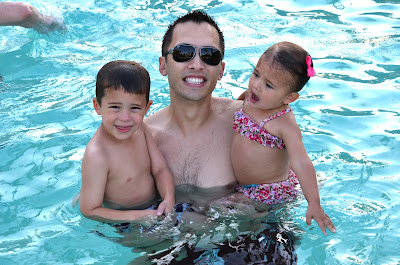 Andrea took a video of one of Connor's many tosses in to the deep end. 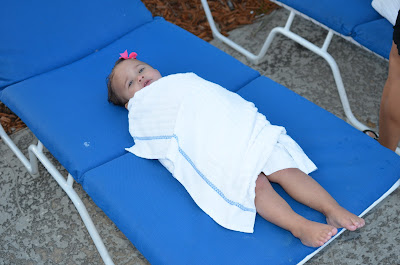 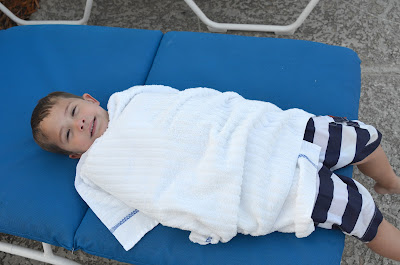 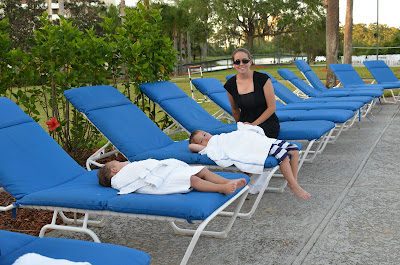 On Saturday, we woke up early. Earlier than normal since we didn't have a fan, didn't sleep well, and the kids were in an unfamiliar place. We all got ready and then caught the bus to the park. Unfortunately, the buses from non-Disney properties aren't allowed to drop you off at the gate, so we got dropped off at the "transportation hub", where we had to then ride the monorail to the Magic Kingdom. Ugh, it took forever.

When we got to the park, it was shortly after it had opened and we sprinted to the back of the park. We were hoping that the new "Fantasyland" area had opened, but it's still under construction and most new parts are not due to open until later this year. It sounds like it won't be completed until some time in 2014. Even so, the back part of the park was very uncrowded and we were able to ride a bunch of rides in a surprisingly short timeframe. 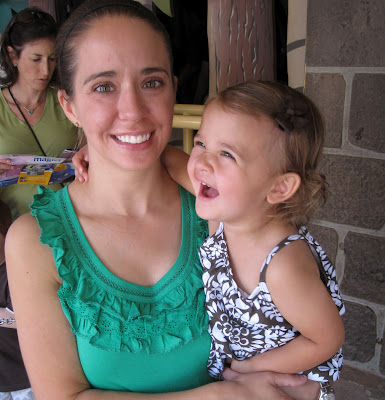 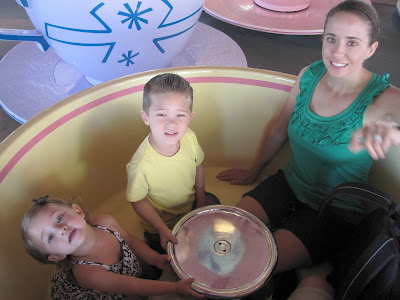 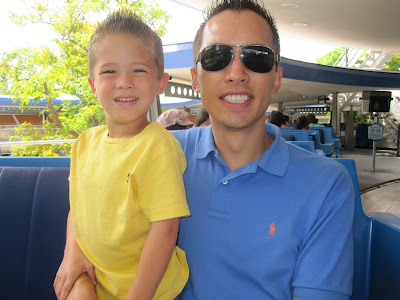 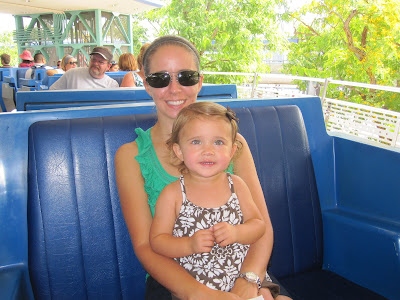 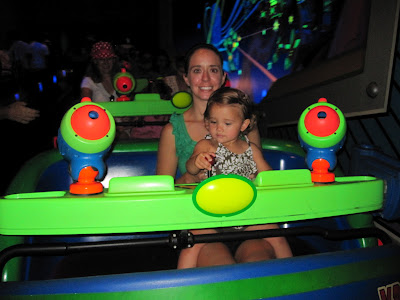 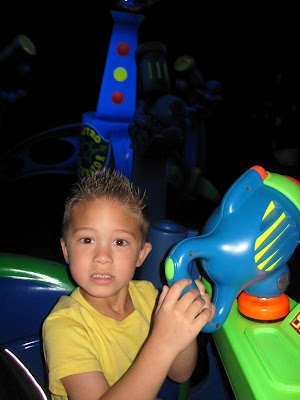 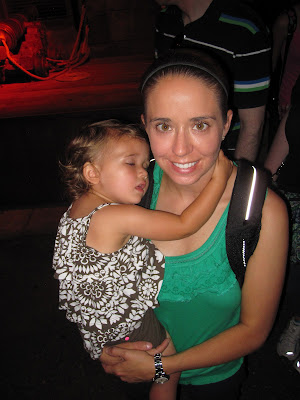 Both kids enjoyed the Mad Hatter's teacup ride, which was Paige's first ride ever last time we came.


We always enjoy the People Mover, it's a nice long and relaxing ride that never has a line.

We actually didn't stay at the park all that long. It's nice having season passes and not feeling like you have to stay every second of the day to "get your money's worth". We left early afternoon and got really irritated by the bus again. We had to ride the monorail back to the transportation hub, then waited forever for the bus to arrive. When it finally did, it drove all around the Disney grounds to other parks and other hotels before finally going to ours. From the time we started waiting for the bus it took an hour to get to our hotel. Definitely learned a lesson from this experience! We're parking ourselves or only riding Disney transportation going forwards.

The day wound down with us swimming again for a few hours and then eating some Chick-fil-a takeout. I also ran by Walgreens so we'd have a fan for white noise overnight. We all slept really well and even slept in until 8:30 on Sunday. We drove home this morning, stopped at Aunt Catfish in Daytona Beach for some lunch and now we're winding down the weekend at home. It was a great weekend to spend together as a family and the kids really enjoyed it.
Posted by Shawn Vernon at 3:14 PM

Sounds and looks like you all had a great time. I love Disney land too - especially EPCOT. The magic is still there.