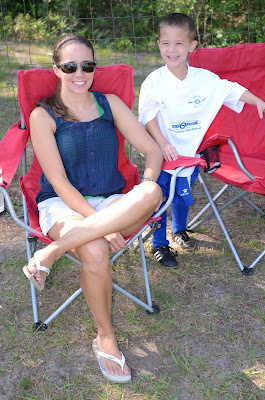 Connor had his hottest soccer game of the year. We didn't go last week since we were in Disney, and we heard it was hot, but today was pretty warm too. One of the moms that was at the game last week said this week was even hotter. We got a little lucky that his game was down on one end of the park, so we were able to sit in the shade throughout the game. At first some of the other parents sat in the sun, but by the end of the game everyone was sitting by us in the shade. 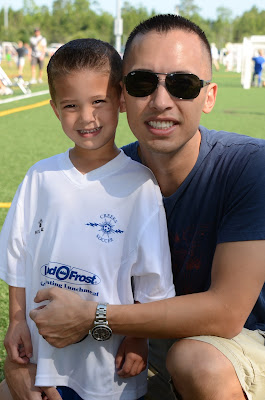 Connor tried pretty hard at first and made one goal, but then he got tired and lethargic and didn't try very hard. There were quite a few times that he didn't chase down an easy ball and let a few goals in that he normally would have stopped. Some of the other boys pushed through it and did OK, but Connor was pretty out of it today. It was definitely an off day for him. 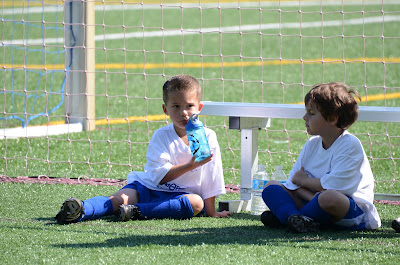 Paige, of course, loved to sit in her chair and watch the game. She got her feet absolutely filthy in the sandy dirt. Ugh. 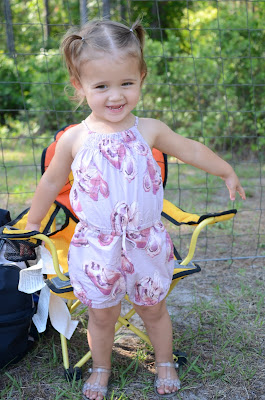 Here's a short video of Connor's only goal.