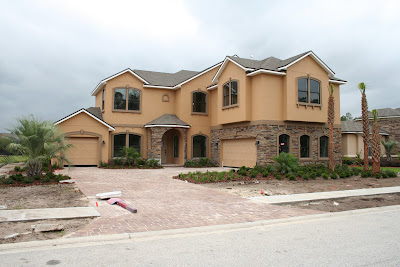 This week, we had good progress on the outside of the house and a little bit of progress inside.

Outside, they finished the driveway, ran irrigation lines, and put in the landscaping. Donny, the supervisor for the builder, walked the lot with us and was very good about working around the area where our pool will eventually be. They had to make a few large plots for the landscaping throughout the yard. We really won't have much grass at all! The palm trees currently look a bit sad and pathetic. We love how tall they are, however when they transport them they apparently chop off all the leaves. Hopefully they get leafy and pretty soon. 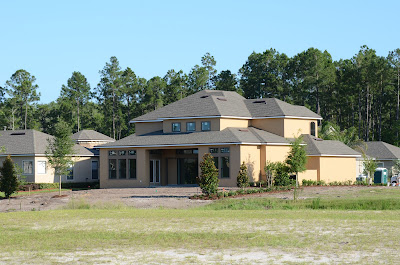 Inside, they put up a bunch of lights. Last weekend we bought a bunch of ceiling fans, and that's something we're doing ourselves after we close, but there were still a number of recessed lights and other lights throughout the house. We think the pendants above the kitchen island turned out nicely. There really aren't a lot of things left to do inside the house before we close. The kitchen still needs the backsplash along with the butler's pantry. The floors should be installed next week, and the paint needs to be touched up and finished along with some trim work. The master bathroom's shower isn't quite done either, there are a couple shelves that will be put in and the shower door. Other than that, we think they're pretty darn close to being finished. 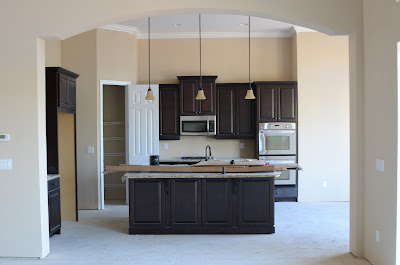