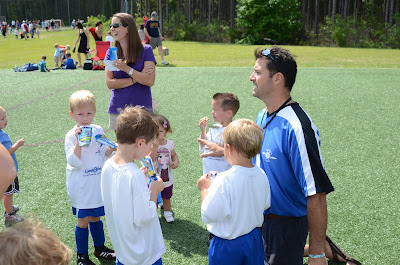 Today was one of the hardest games all season for Connor's team, the Giant Alligators. They played the Fire Sharks, who were by far the best team they've played. It was an epic battle and at first they struggled big time. The first half of the game I'm not sure the Giant Alligators scored at all and all the action was in front of their goal. Connor and team played a lot of defense, until half time. At half time they ate a bunch of oranges, and got pumped up by Coach Joe. The second half, they came alive and did a great job being aggressive and scoring goals. 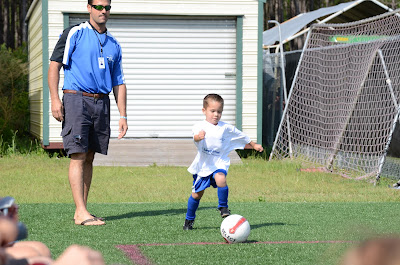 Connor scored 4 goals during the game and we were happy that he tried hard this week. I put together a longer than normal video this week since one of the plays was pretty long and I thought it was a great snapshot of a typical play you see with the kids. 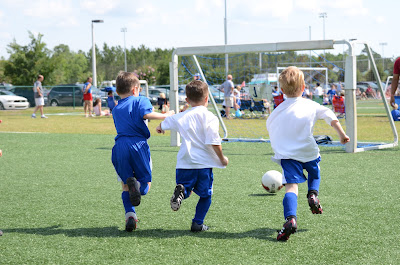