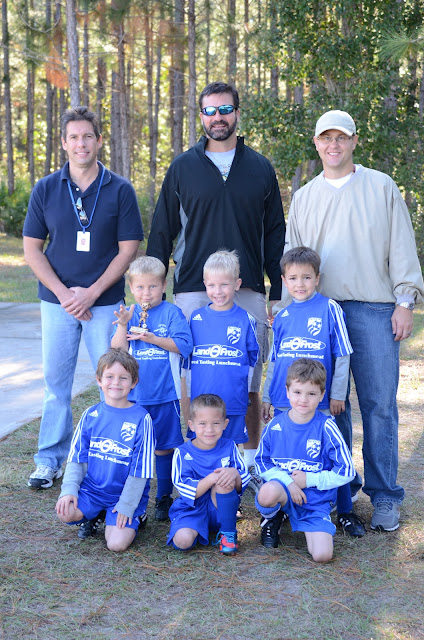 Saturday was Connor's last soccer game of the season. He definitely has enjoyed playing with the Giant Alligators and has made some good buddies on the team. All the kids at his age group have improved and his games have definitely become more competitive. Unfortunately, as the season wore on Connor and the kids on his team developed some bad habits. Instead of getting the ball and keeping control of it, he'd just give it a big kick in the general direction of the other team's goal. This often resulted in it ending up with the other team. He still does a good job playing defense, but sometimes is too eager to back away from the ball and play defensively. We worked on it with him, and talked about it, but it didn't make much of a difference.

Hopefully the next time he plays it'll click better with him. We think some of it was being intimidated by some of the other players. Overall he had a great season and the most important part is that it was always fun and he looked forwards to his games. 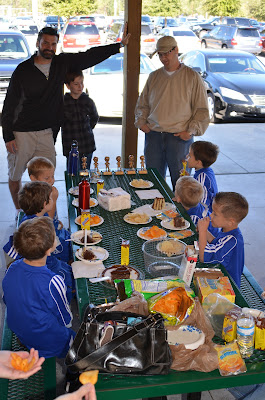 After the game the kids ate some cake and got trophies. Coach Clay talked about Connor and had some very nice things to say.


Great job Connor! We love you! 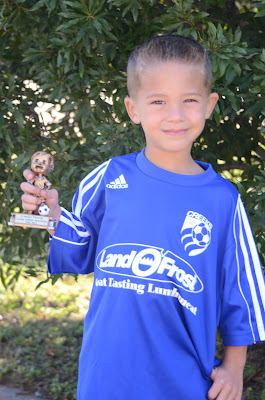 Paige was very happy to celebrate with cake! 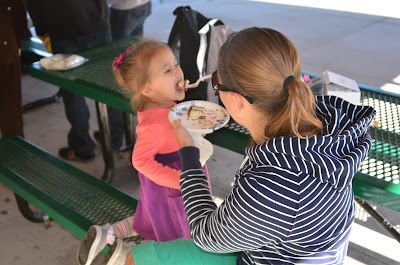