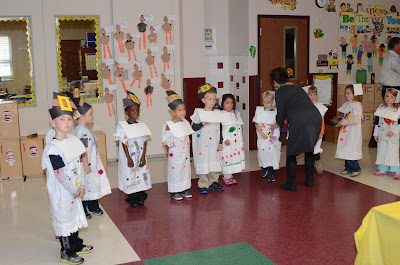 On Friday, Andrea and I went to Connor's school to see him celebrate Thanksgiving with his class. The kids had all decorated some pillowcases and had roles to play in a story that the teachers told.Connor was dressed as one of the Pilgrim men.

He did a good job during the Thanksgiving story. I took a video of it and the video ended up being pretty stinking long. I didn't tape the entire story. 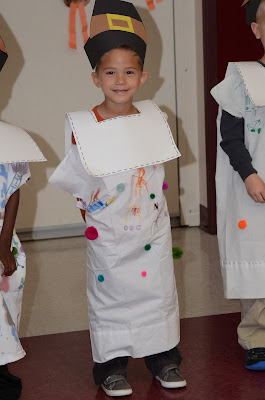 After the story, they sang some songs and then the kids got to eat some Thanksgiving food. The kids all decorated their placemats and Connor's had some cute turkeys. 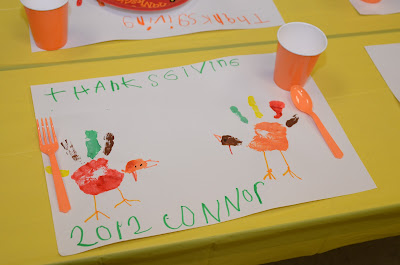 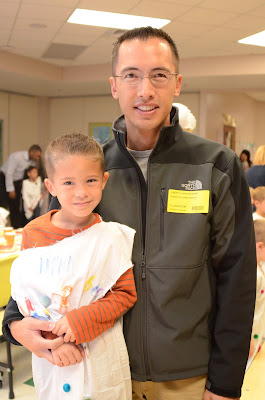 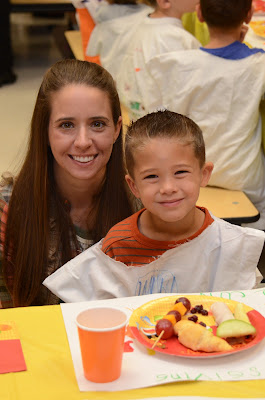 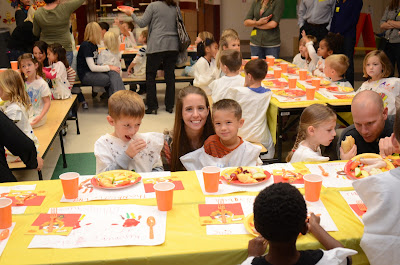 There were some very cute turkey and teepee desserts. Connor was very happy that we came to visit him and teared up a bit when we left. He's such a sweet boy and we are thankful we were able to participate with him for his party. 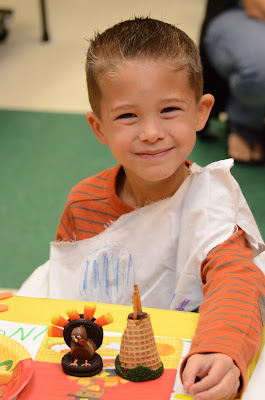 Nice costume. I like the place mat Connor made too.