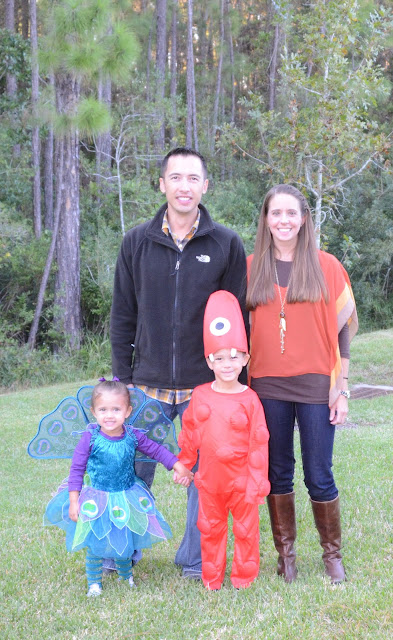 This year was our first Halloween in Florida!

Connor was allowed to pick any costume he wanted and ended up picking "Muno", a character from "Yo Gabba Gabba". He doesn't even really ever watch the TV show, but he does have a stuffed Muno character (which he doesn't even usually play with). Nobody could guess who he was, and the hat didn't stay on well, but Connor liked the costume and that's what counts.

Paige was dressed as a peacock, although recently she loves mermaids from watching Peter Pan, and she was sure that's what she was. She was a beautiful peacockmaid. 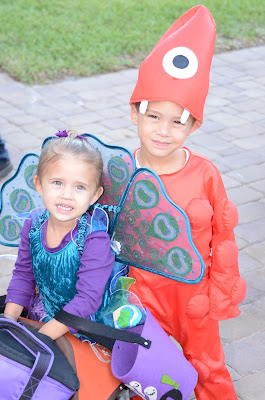 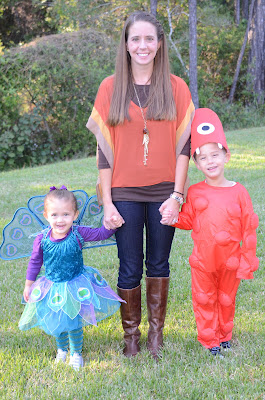 The weather was beautiful and sunny and we had a whole new neighborhood in which to do our Trick-or-Treating. We went over to our neighbor Gina's house beforehand for a little party. She dressed as a witch and had lots of good food and drinks for everyone. 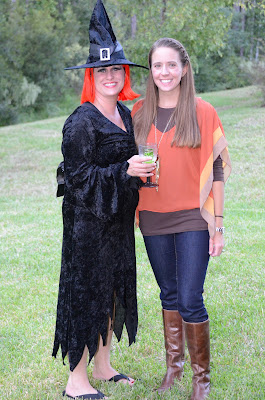 We all started out in a big group, but everyone had a different pace and eventually it dissolved into chaos. 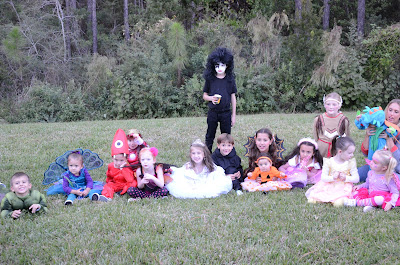 Some of the kids thought of it as a race and Connor was in the thick of it with them, ringing doorbells, grabbing candy, and sprinting between houses. Paige and the little kids tried to keep up, but it was not possible. Eventually, we all got together and Grandma and Grandpa joined us.


There were some really cutely decorated houses in the neighborhood and we all had a lot of fun and got lots of candy. The kids were both great and Paige was a real trooper, keeping up and keeping a good attitude even as it got a little past her bedtime. 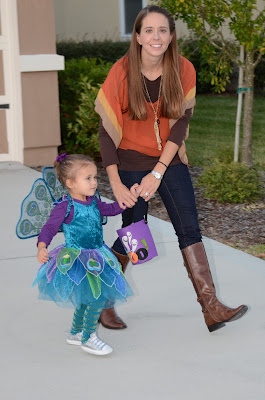 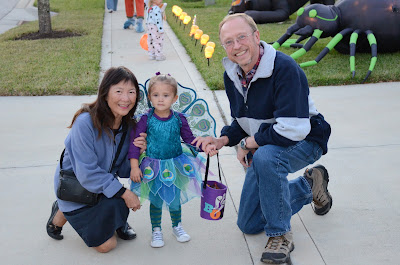 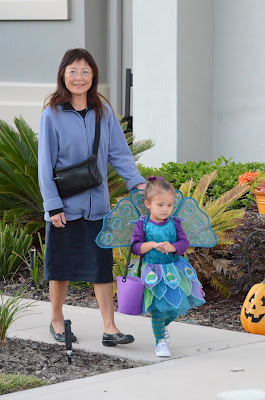