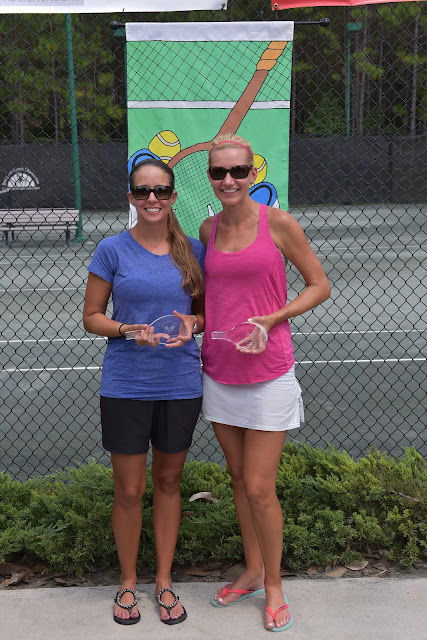 Andrea and Anna played in the JCP Tennis Invitational tournament this week at the 3.0-3.5 level. Andrea's played a few times informally with Anna, but they haven't played a lot together and they both had fairly low expectations for how the weekend would go. Anna is a B player and there were also mainly B level players in their bracket, although Andrea is on the C1 team currently. They started off on Friday at 3:00 pm against some of Andrea's close friends Michelle and Tina. They won that match, and on Saturday morning played Tara and Gina at 10:30 and then played Jill and Cindy at 3:00pm. Both Saturday matches went to the 3rd set tiebreaker and it was incredibly hot out.

Andrea and Anna could both barely sleep Saturday night and on Sunday morning they had the championship match at 10:30am against Ashley and Jeralyn. Saturday night at the tennis tournament party, everyone had been talking about how unbeatable the other team was and had been giving lots of advice and pointers. Ashley and Jeralyn had beaten some very strong teams that consisted A/B players, B/B players, and A/B. Andrea and Anna were just hoping to have a good showing and maybe win a couple games before losing.

I hadn't expected her to be playing on Sunday, but decided at the last minute that it would be neat to get there for her match to support her and take a few pictures. I managed to get there right as the 3rd set tiebreaker started, and snapped a few action shots of the ladies on the court. 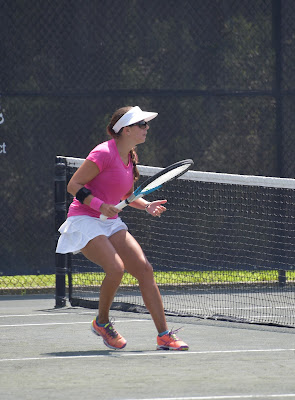 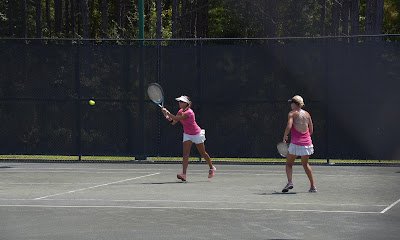 It was a close match, but Andrea and Anna won the tiebreaker 10-7. 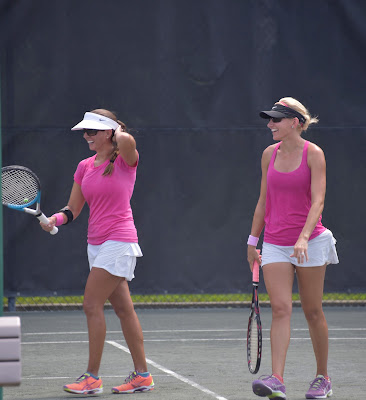 I'm so proud of Andrea and Anna and I'm glad they had a fun weekend tournament and had so much success. Glad I was able to get there to see a little bit of their tournament together. 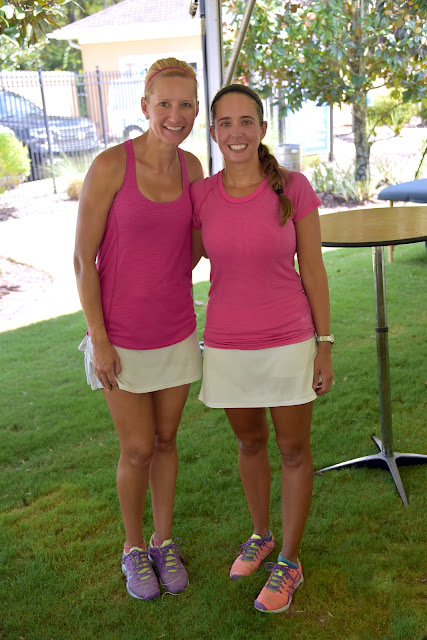