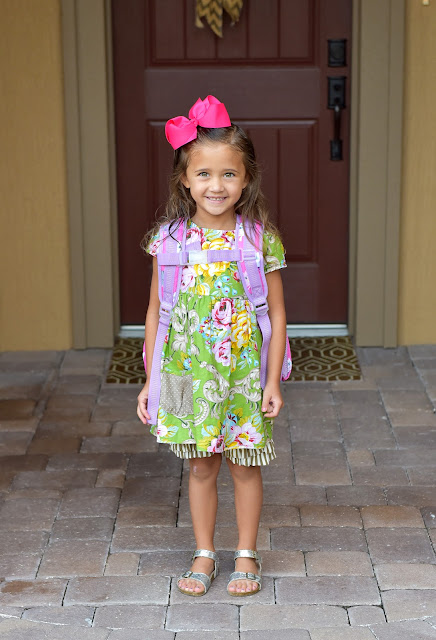 Thursday, Paige went to Kindergarten for the first day. She was home Monday through Wednesday and we were all excited for her first big day on Thursday. In the morning, she put on her pretty new dress and her kitty cat backpack. She was very happy to model it. 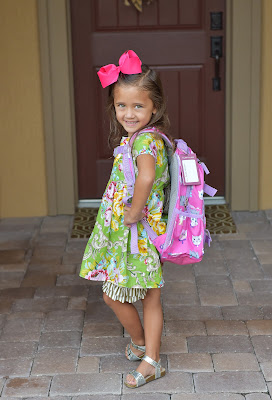 We had to get a picture of Paige with Connor and their backpacks before heading to the bus stop. 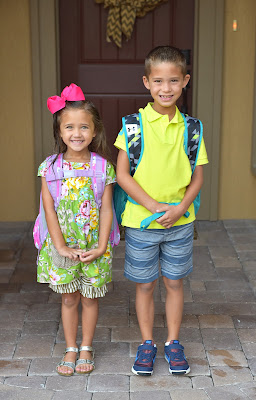 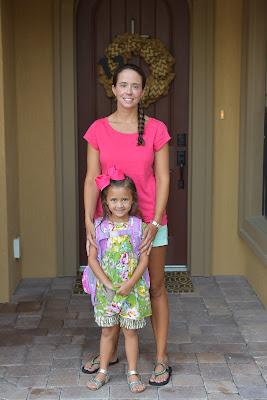 I took a short video of Paige getting on the bus. The bus driver was nice about helping her find a spot right up front, but he was not very nice to me and wouldn't let me stand on the step and take picture of Paige on the bus. Darn.


After school, Andrea and I both went to the bus stop and I snapped a pic of Paige smiling so big as she came down the steps of the bus. 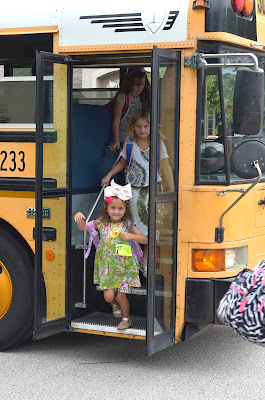 Her first day went great, although she was irritated at us because one of the other kids had a Shopkins backpack, which is what she truly wanted. The backpack had been too gaudy and wasn't nearly as cute as the kitty cat backpack, so Andrea had told her we couldn't find one. 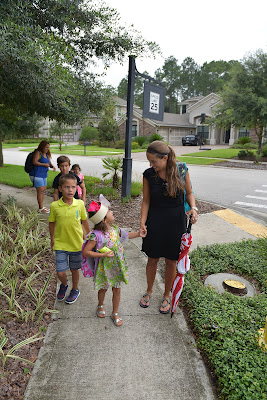 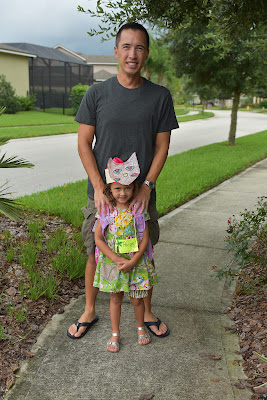 Danny and Logan came back to our house to hang out after school and I snapped a pic of them all talking about their day on the way. 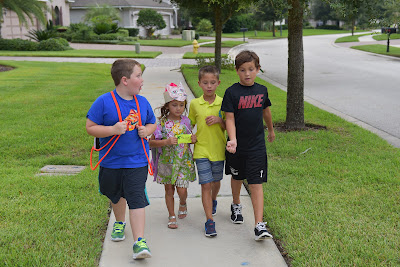 After we got home, I took a short video with Paige discussing her day. She was pretty distracted and kept leaning back and making the video go out of focus, but it was kind of cute so I had to include it.