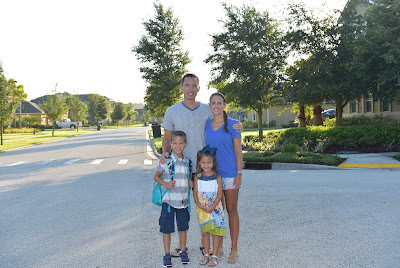 On Monday, Connor had his first day of third grade. Paige also started school this week, but the Kindergarteners had a staggered start so that the teacher would just have a few kids per day at first. Paige's first day with a small group was Thursday and her full class came in together on Friday.

Monday morning we all got up and got ready for our new routine. Connor and Paige got all dressed up and we snapped a few pictures before heading to the bus stop. 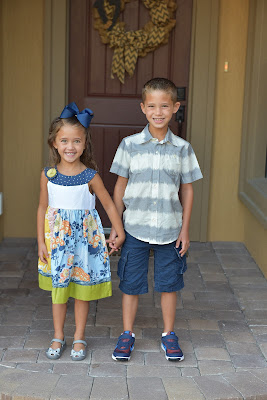 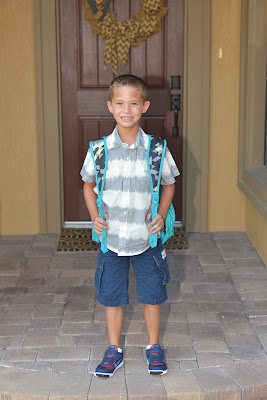 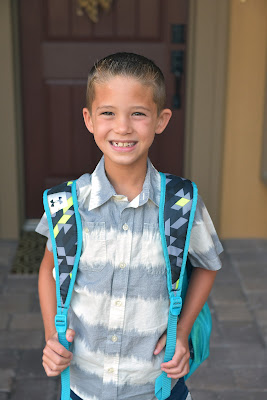 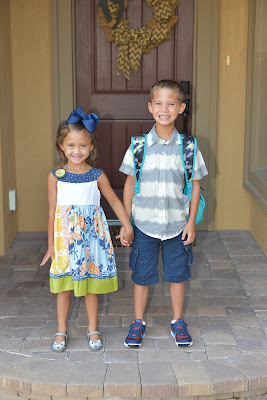 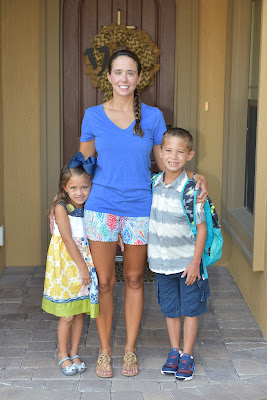 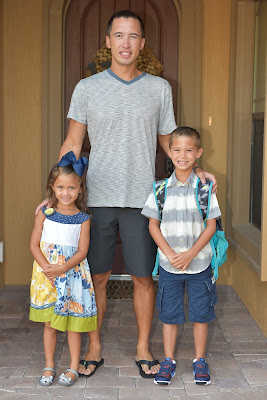 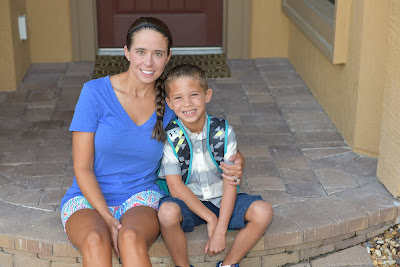 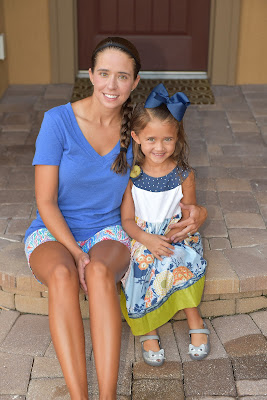 There are so many kids at our bus stop now! Paige was too shy to be in the pic and I don't think everyone was there, especially not all of the kindergarteners since they weren't all coming to school Monday. 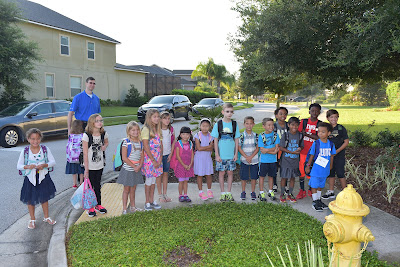 Connor has Trevor in his class and they looked like little twins with their matching hair and matching backpacks. 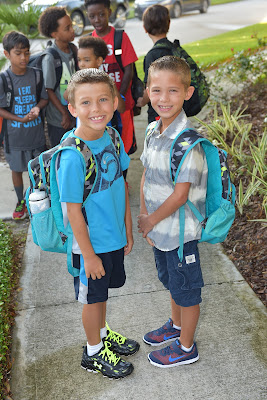 I put together a comparison of the kids showing how they've looked on the first day of school for the last 4 years.

Connor's first day of school went nicely. The buses were a little messed up, and there's been quite a bit of confusion as to which buses we're supposed to take. His teacher actually told him to get on the wrong bus, but Connor decided to think for himself and got on the bus that stopped at our stop. It worked out, but it does sound like the buses will be changing soon in the future.