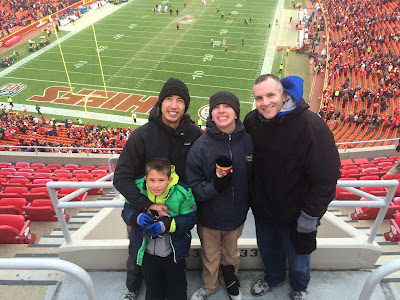 On Sunday, December 27th 2015, we went to the Chiefs vs Browns game at Arrowhead stadium. Connor is starting flag football soon (his first practice was the day before we left for Missouri), and he has been following football this season and playing a lot of football videogames on his iPad and Xbox. Nate's friend Jesse got us tickets and we all got up early so we could get to the stadium and start some tailgating. The forecast for the day showed probable rain/sleet for the entire game and we were very happy that when we woke up it looked like the bad weather would end up passing to the South and East of us. Although the wet weather was going to miss us, it was still extremely cold and very windy. The temperature was in the low 30's and with the windchill it felt like the low 20's. We bundled up, and in the morning, as Connor was getting dressed I took a picture of him in each stage of his outfit. 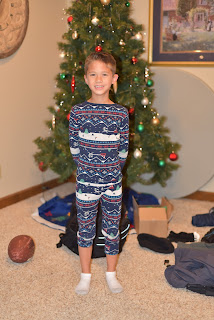 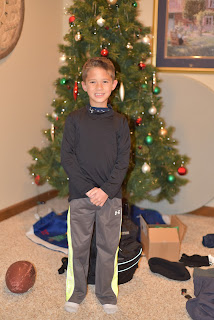 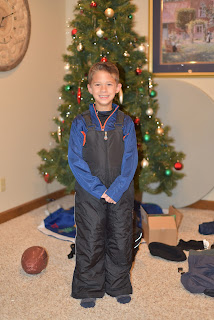 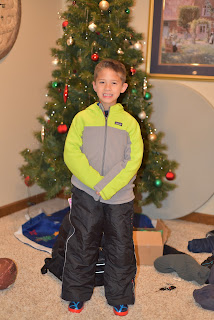 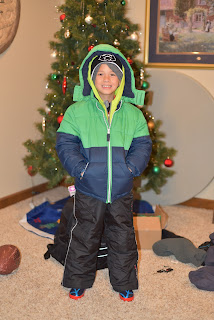 We went to Walmart beforehand and Nate bought a facemask and gloves. I bought a big 20pack of handwarmers, which turned out to be lifesavers. We got to the parking lot early and Nate's friend had already arrived and parked in a handicapped spot right in front of the stadium. We played some "Redneck Golf" with Riley and Regan (his kids) and it was a good opportunity to figure out if we were dressed warmly enough. Connor started to get cold so I crammed a handwarmer down in each toe of his boots and one each in his gloves. I did the same for myself and it made a big difference. 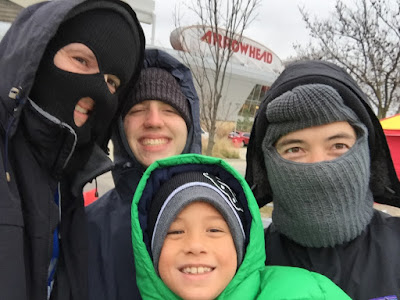 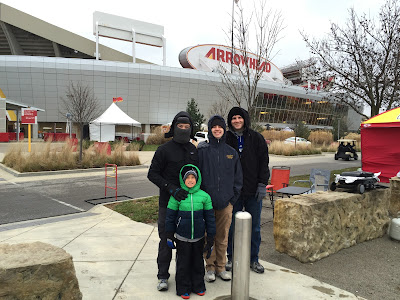 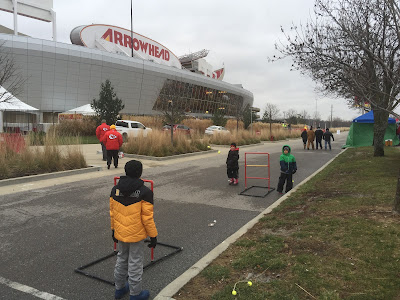 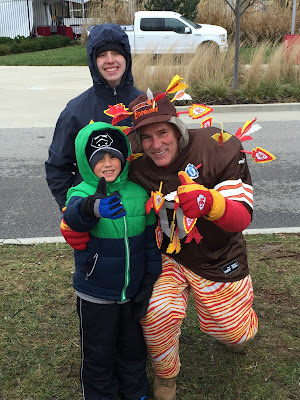 We walked a few spots down and Connor took his picture with "Arrowman", who is often on TV with his outfit. We also were in a good spot to see the parade go by, with the horse Warpaint, some cheerleaders, and drummers. 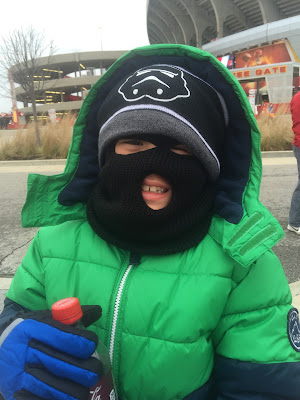 We grilled hotdogs, hamburgers, and bratwursts and filled up before the game started. 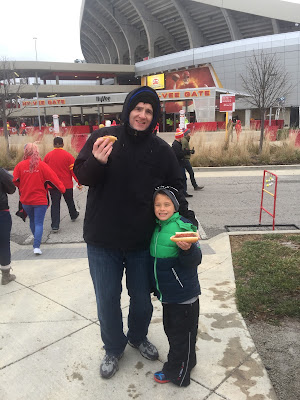 About 30 minutes before the game we went in to the stadium and found our seats. We were up really high on one end, almost right under the enormous oval screen. It was a perfect spot to see the A-10 Warthogs as they approached the stadium during the national anthem. The game started off well with the Chiefs receiving the ball and they drove right down the field to the end where we were sitting and we saw the touchdown catch just below us. At halftime, I put in fresh handwarmers in Connor's boots and we ate some pricey BBQ sandwiches. Connor was irritated with me for taking a while to eat and we missed the second half kickoff. Although we could see it on a screen nearby, he didn't want to miss a moment of watching it in real life. 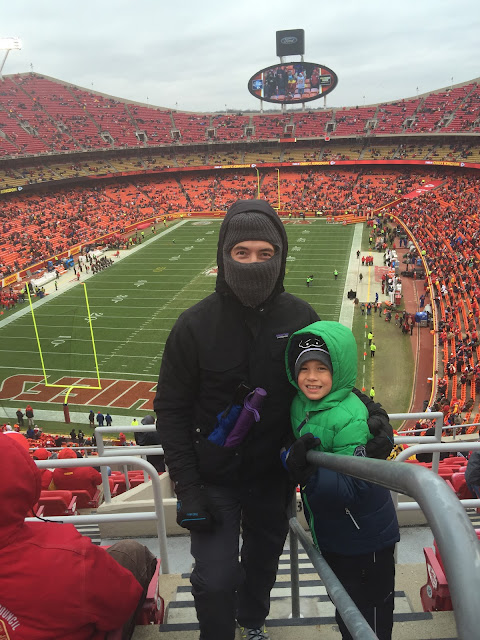 The game wrapped up with the Chiefs winning 17-13. The Browns had the ball at the end of the 4th quarter and it looked certain that they were going to drive down and score a game winning touchdown just as time expired. Thankfully the last play of the game was short of the end zone and time expired before they could get off another snap. Everyone cheered, fireworks exploded above us, and Connor was thrilled that he got to see a win. He has told me multiple times afterwards that now his record for watching live NFL games is 1-0. For some reason, he worries that he is bad luck watching sporting events live.

It was an awesome experience to get to see an NFL game in person and I'm glad we got to share it with Nate and Drew.
Posted by Shawn Vernon at 2:28 PM