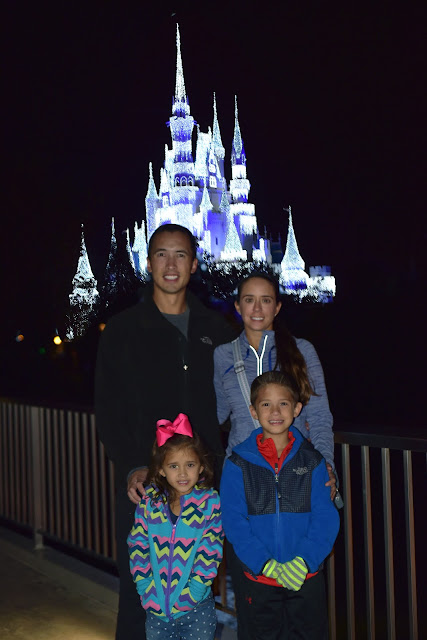 As we have for the last few years, we went to Mickey's Christmas Party at the Magic Kingdom shortly before Christmas. This year we were a little worried it'd be a mess since the forecast had called for a 90% chance of rain on Friday, December 18th, when we were planning to go. Thankfully, as we drove down, the rain moved off to the East and by the time we were in Orlando it was barely sprinkling. We stopped at Uno's for a late lunch or early dinner. A nice lady came around and made some cute balloons for the kids. Connor wanted a doggie and Paige got a very cute Princess Belle. 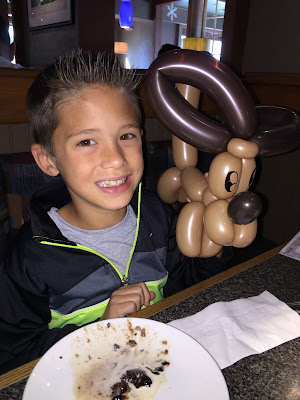 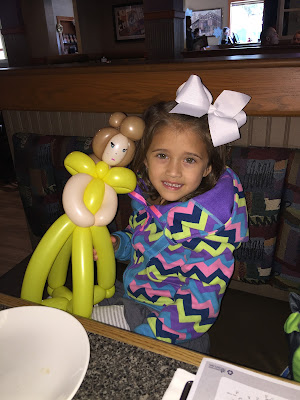 We arrived in the park a little before dark and didn't take many pics at all right away. We tried to avoid some of the crowds and played at Dumbo for a while and got some snacks. We brought the gigantic double BOB stroller and it was nice to hold both kids comfortably. 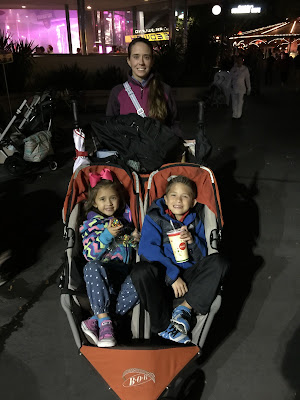 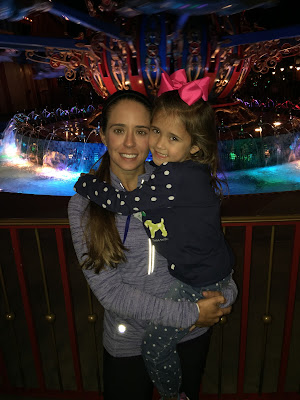 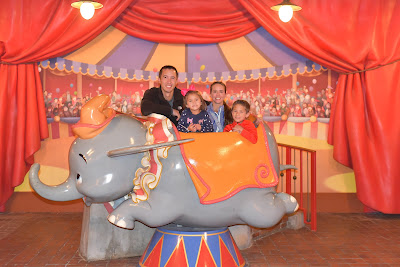 It got a little chilly while riding the People Mover, so the kids put on their gloves and snuggled up. We rode it twice, back to back, and the kids enjoyed screaming and acting crazy since nobody else was on our train with us. 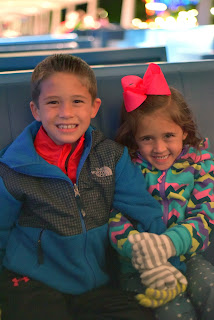 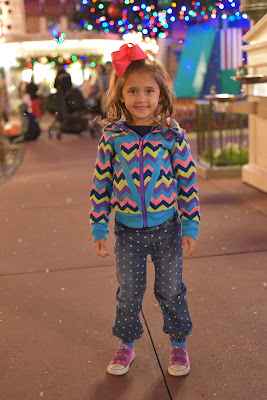 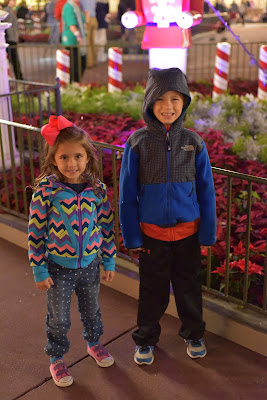 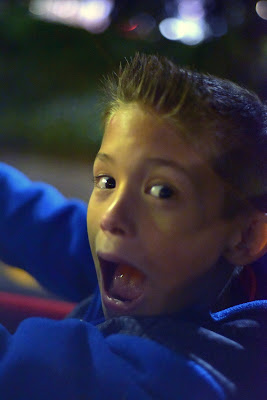 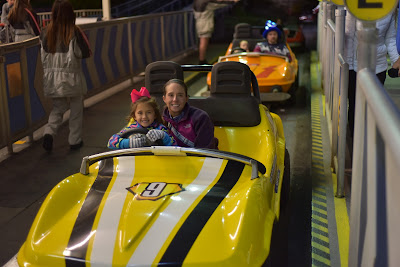 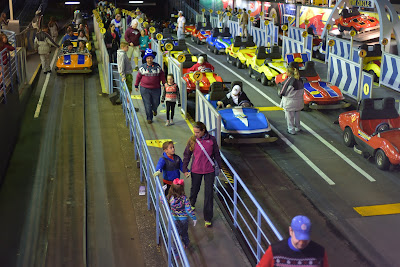 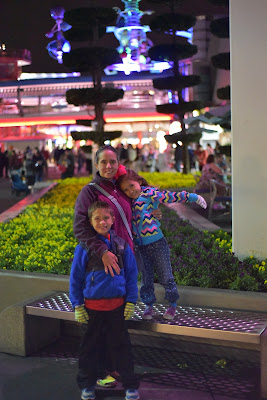 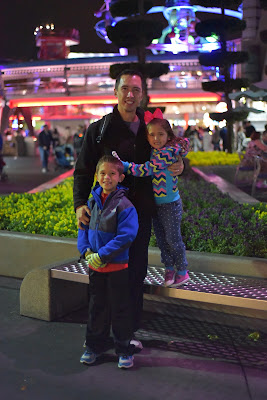 It was a super special trip to Disney this time because Paige was finally tall enough and Connor was finally brave enough to ride the Snow White rollercoaster. It is pretty much impossible to get a picture on the ride since you are in a hurry to board when it's your turn, so no pics unfortunately. The line is sometimes 90-120 minutes long and we were happy to only wait 30 minutes the first time through. When we got done the line looked noticeably shorter, although the sign now said there was a 40 minute wait. We decided to try anyways and it was only an 18 minute wait, which was the best we've seen since the ride opened. The kids both loved the rollercoaster. The cars lean in to the curves and it's so smooth and new it doesn't bounce you around too much even when it's going its fastest. 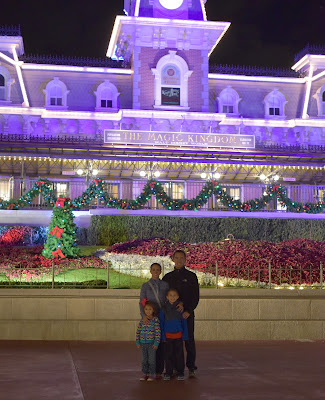 We didn't end up staying too late. Surprisingly our night-owl Connor was feeling sleepy and by the time we were on the Monorail he fell asleep. 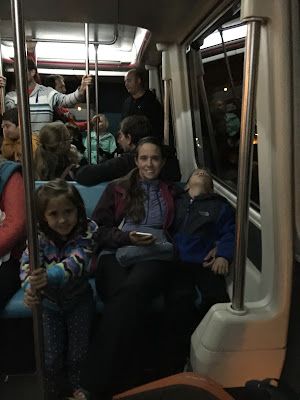 It was another fun Christmas Party at Disney, and we're glad the weather cooperated and everyone had so much fun. On the way out of the park, they were shooting "snow" in to the air and it made for a pretty picture by the tree. 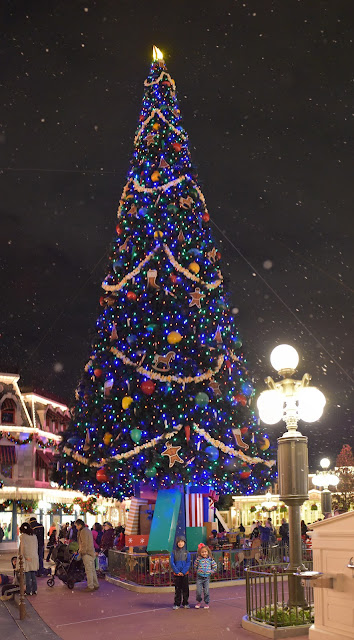 Love that place. Maybe next year we'll go with you.