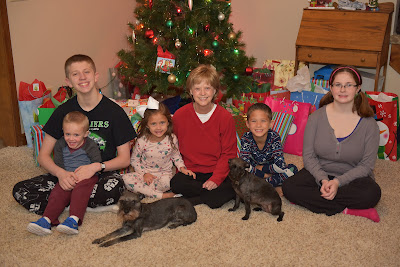 This Christmas, we flew to Odessa to celebrate with everyone there. When we got in town, it was relatively warm and we were able to do a few things outside initially. We played some football outside, went for some walks and even played a little tennis. The kids enjoyed playing Uno, Memory, and Spoons with family. 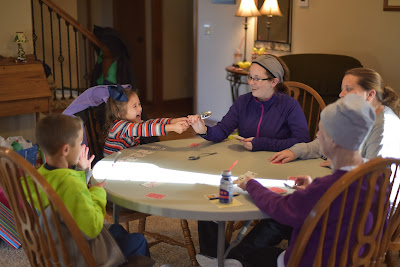 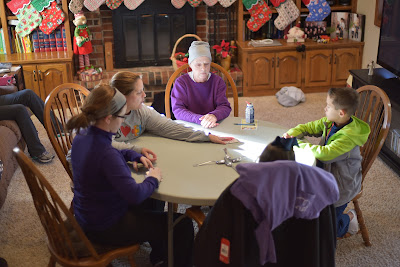 The Rudolphs have been living with Grandma Genie for a little while now, so Chewie was at the house and we enjoyed cuddling with him. 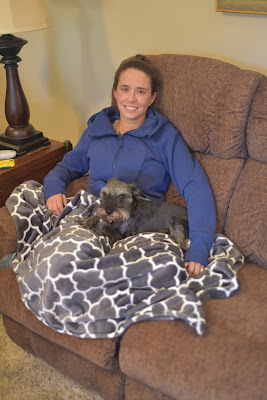 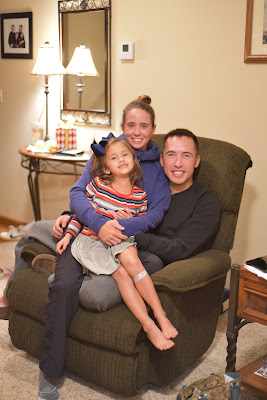 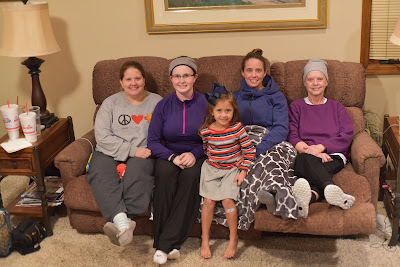 The night before Christmas, the kids put on their Christmas pajamas and I snapped a few pics before bed. 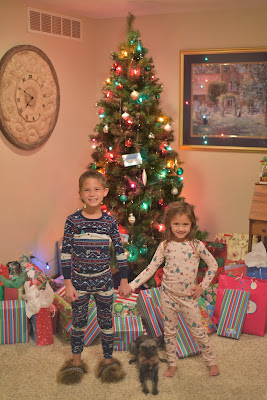 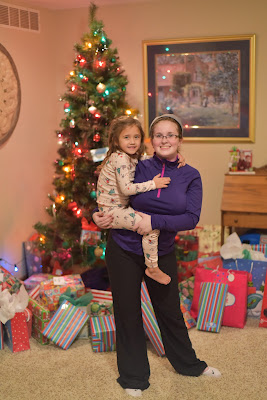 In the morning, we took a few pictures before we opened up all the presents. 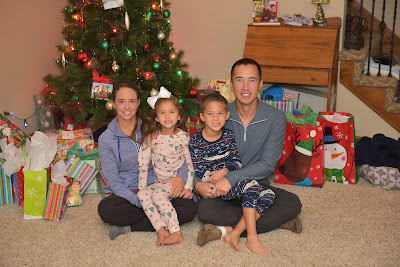 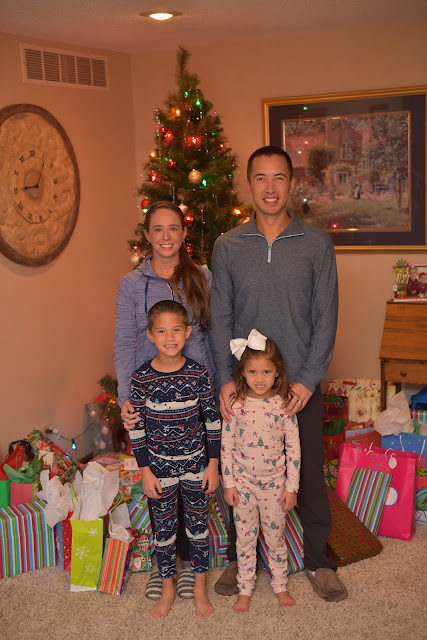 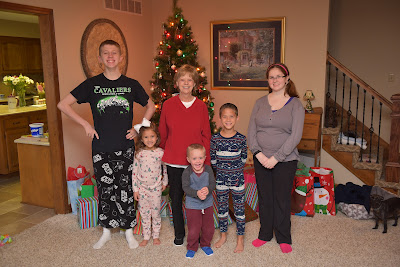 The kids worked together to pass out the presents and then everyone took turns opening gifts. 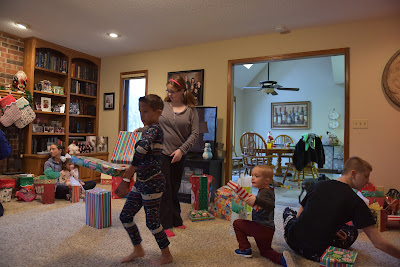 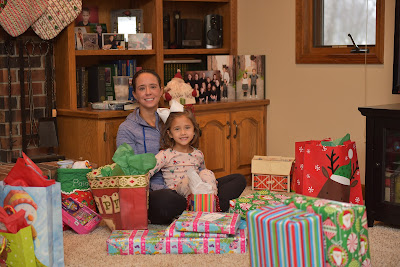 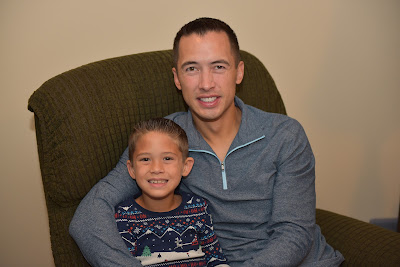 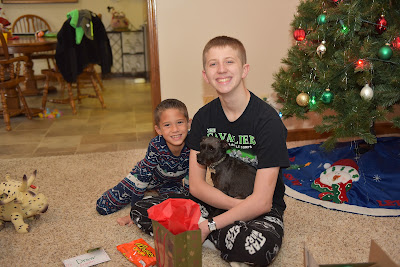 Connor got a cute dinosaur stuffed animal from the movie "The Good Dinosaur" from Grandma Genie, a stuffed Minecraft spider from the Rudolphs, and a stuffed bear made from some of Grandpa Garry's shirts. 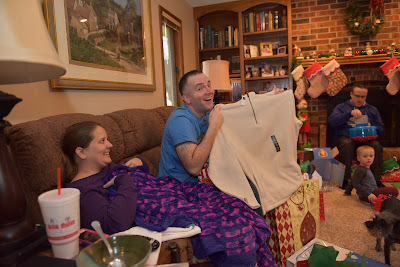 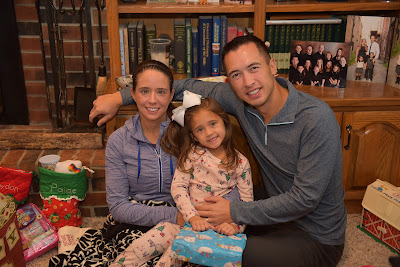 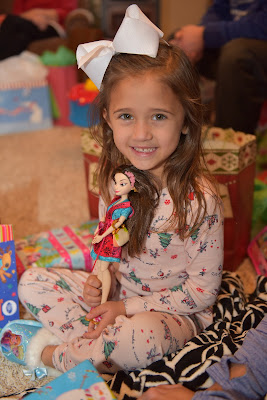 Paige was excited that Grandma bought her a Disney Decedents doll. She got Lonnie, who is Mulan's daughter. 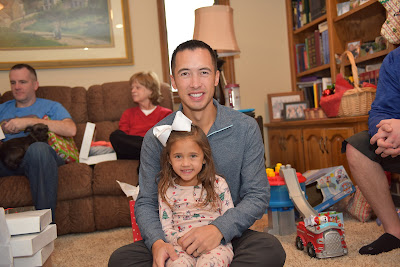 Paige also got a memory bear made from Grandpa Garry's shirts. Hers is primarily pink with a little blue interspersed. Connor's is reversed and is primarily blue with pink. 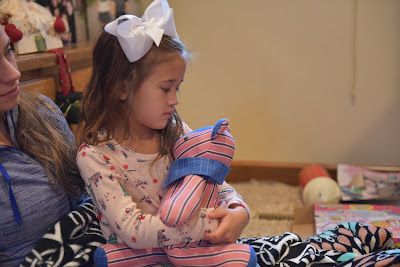 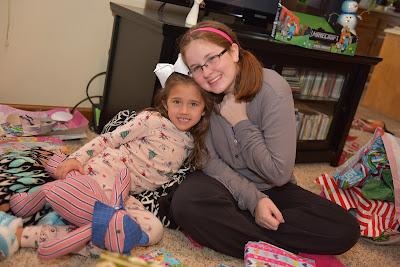 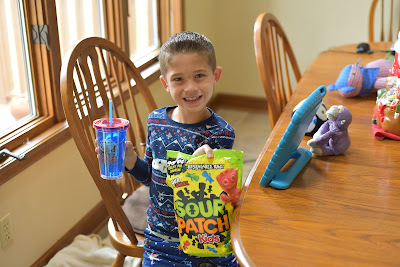 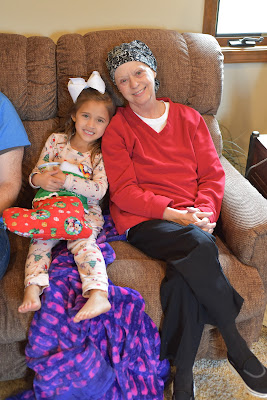 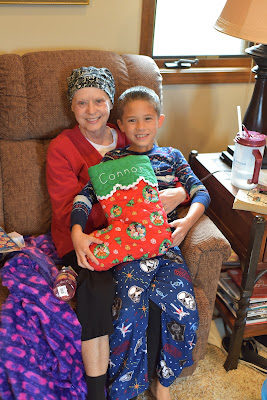 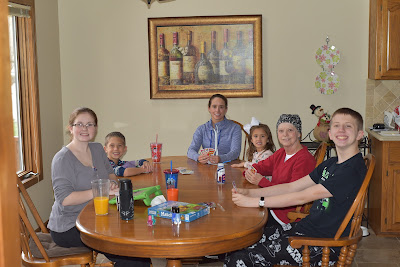 After presents, we had breakfast and then played some games. Nate and I got dressed a little warm and went to play some tennis. It was in the low 40's and a bit cold and windy, but we had a good time. We played three sets and it was a good workout in the cool weather. 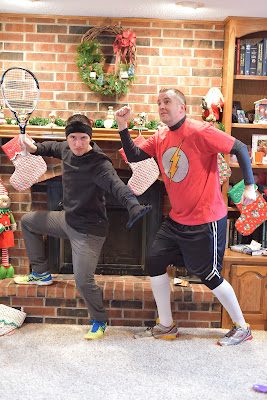 The girls baked sugar cookies and Paige helped out quite a bit. 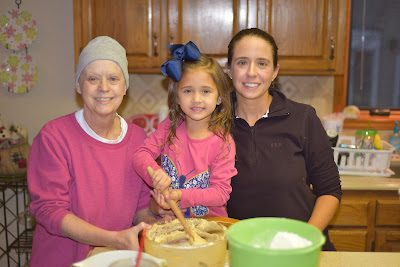 Before bedtime, Connor, Paige and Graydon ran around quite a bit and got hot. They took their shirts off and I snapped a pic of them in front of the tree together. 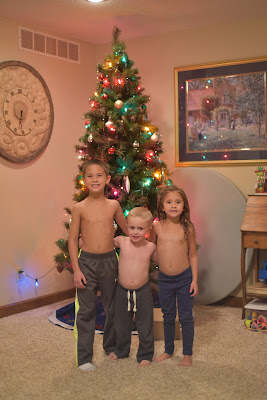 It was a good day for Christmas in Odessa and we're thankful we could spend it with Grandma Genie, the Rudolphs and Gobles.

I took a few videos and stitched them all in to one long video. It's pretty long, but has some fun moments.