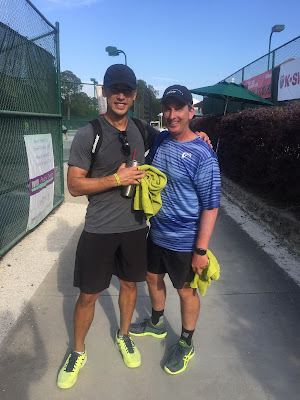 This past weekend, I played with my friend Steve in the SJCC Member Guest tournament. We played together last year and did pretty well, and I was excited to have another chance to play with Steve.

Prior to the tournament, we met a couple times out at PVIC for Monday night tennis to practice and our first match was on Saturday early in the morning. We played a good team, and unfortunately ended up losing it in the 3rd set tie break. We were disappointed, and assumed we didn't have a chance to win at that point. Fortunately, for us, we won our next match and since that team had beaten the team that beat us, we advanced to the semi finals. We won our semi final match on Sunday, and the other team that made it to the finals had to withdraw from the tournament due to an injury. Just like that, we were the champions! It was pretty hot, and we were actually pretty relived we didn't have to play a second match on Sunday. 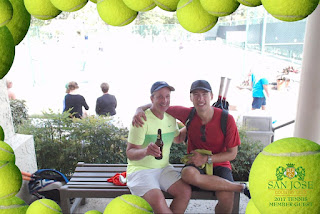 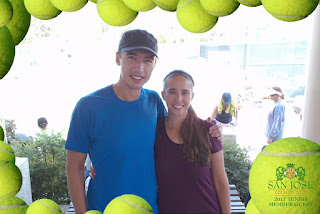 Andrea came on Saturday and Sunday to watch us, and she was a good cheerleader for me. The kids came with us on Sunday, and Connor watched our final match.

I'm thankful I had the opportunity to play with Steve again and proud of the way we played. We stayed positive and persevered. The final match was a tough and close one, and it was definitely some good tennis. 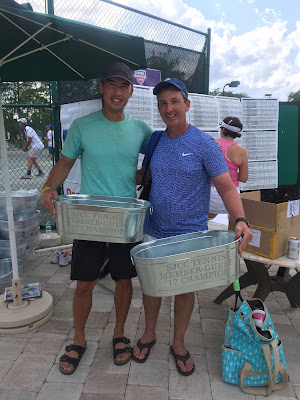