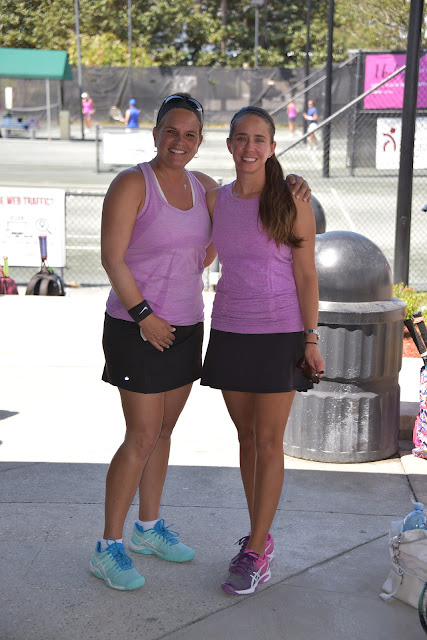 Last week, starting on Thursday, Andrea and Michele competed together in the Rita Tournament in the B Open division. Last year they'd won the C Open division, and they were hoping for similar success this year. Unfortunately, the first game was super duper close and they lost in the final tie-break. If two points in the tie-break had gone the other way, they'd have won. With the compass draw, they continued playing and ended up winning the rest of their matches. On Sunday at noon, Andrea and Michele had their final game and we all decided to go watch. I took the kids some lunch and found them a shady spot under a tree. 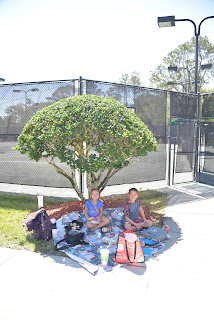 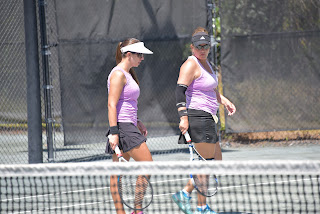 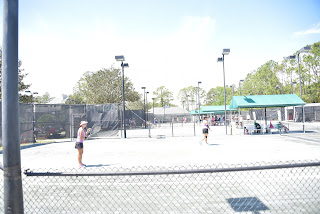 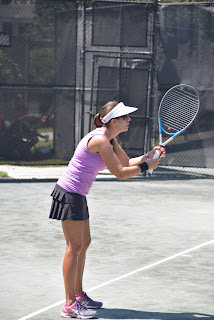 Andrea and Michele played well, and their opponents did too. They faced two set points in the first set, but were able to force a tiebreak and won the tiebreak 7-1. Andrea and Michele won the second set 6-3 and became the B Open West champions (consolation bracket, but still a nice win). 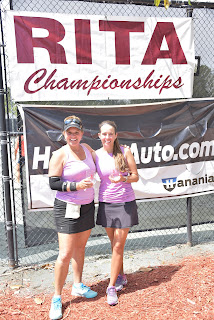 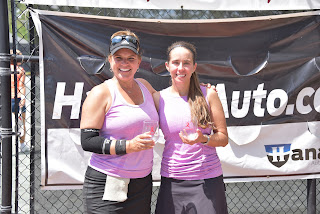 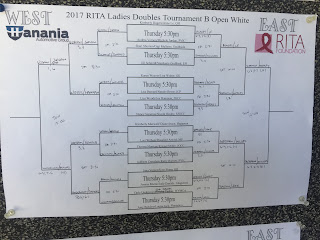