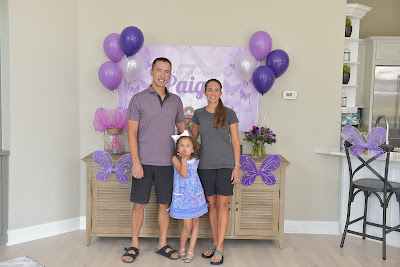 On Friday, April 28th, Paige celebrated her birthday after school with six of her girlfriends. Throughout the day, Andrea and I got the house, gift bags, cake, banner, decorations, balloons, and everything together. Paige took some pictures with us before the party and before all the chaos began. Connor had a tennis match, and unfortunately missed most of the party.

I snapped a few pics of the decorations and of the birthday girl before we went to the park. 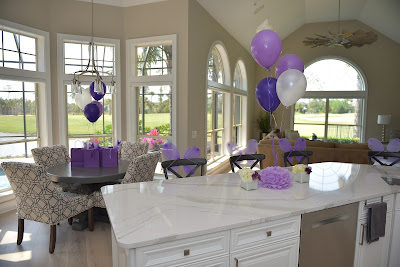 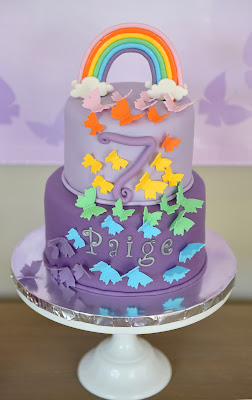 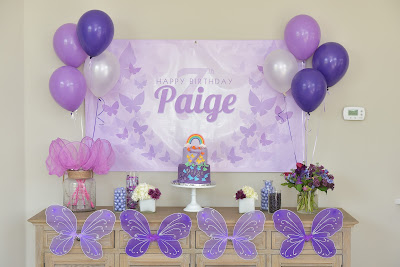 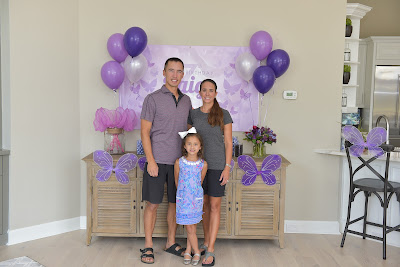 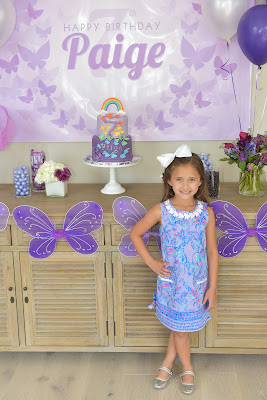 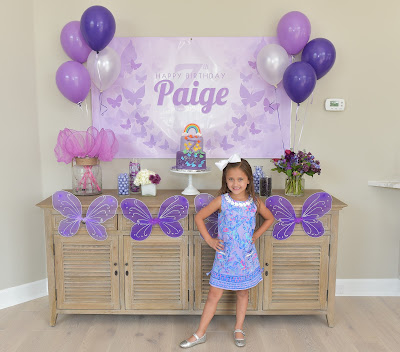 We got to the park at 5, and some of the other girls started showing up right away. 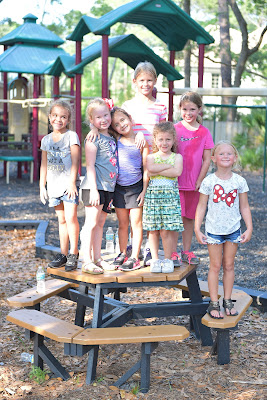 We did some jumprope, and then we were expecting the girls would play nicely together. At Connor's party it was pretty easy since the boys all knew the rules to football and were more than happy to play football. The girls all went in different directions. Some played soccer, some played on the swings, some just played on the playground equipment. Andrea and I noticed Paige was looking a little disappointed at one point and we decided to try and organize some games. We decided to try freeze tag, and Reese was nice enough to volunteer to be "IT" first. After a little while, it became clear that it would be impossible for Reese to catch more than one person at a time, so I decided I'd give it a shot.

It was waaaaaay harder than I expected. The girls were smart about spreading out, circling around the equipment, and helping each other out. It was hot enough, and after chasing around little girls for a few minutes I was drenched in sweat.

Andrea gave it a shot too, and had some luck, but it was super hard.

I caught them all once, and Andrea and I made pretty quick work of them when we worked together. After freeze tag, we were all super hot and ready to go back to the house. 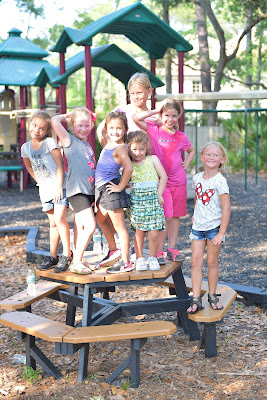 At the house, the girls all ran upstairs and Paige gave them a tour. Andrea and I unloaded the cars, and then I went upstairs to check on the girls and realized they were painting nails in Paige's room. I decided a half dozen hyper girls and nail polish wasn't the best idea. We compromised and decided that Paige could do makeup and everyone could dress up instead. 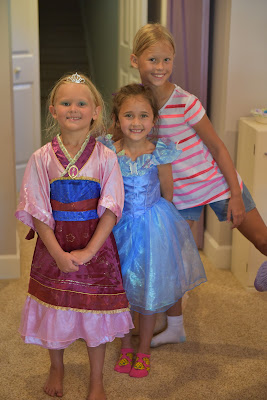 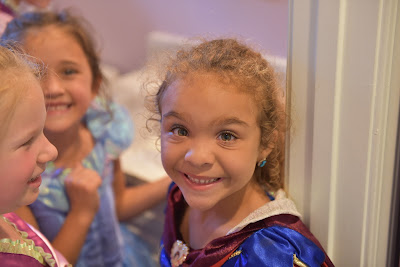 After makeovers were complete, the princesses went out to the lanai and did some swinging on Paige's porch swing. 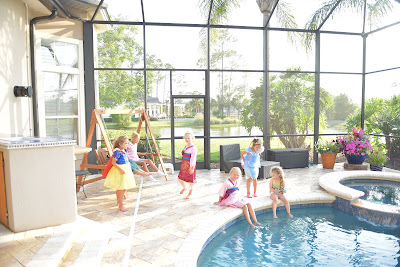 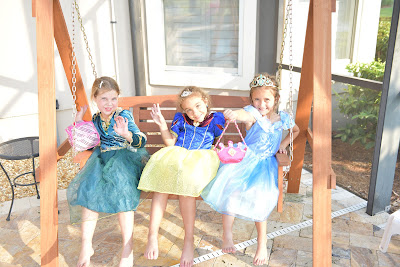 I snapped a pic of the dressed up princesses by the pool. So fancy! 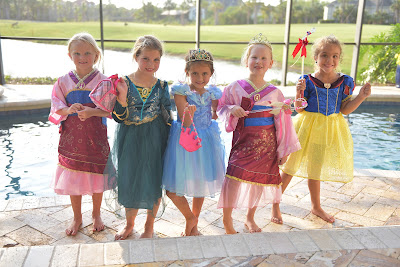 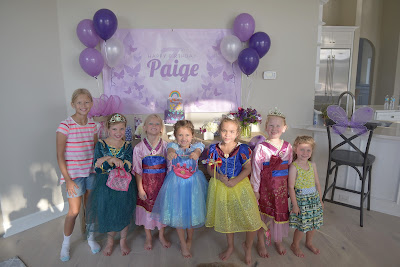 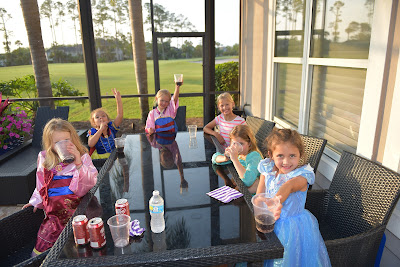 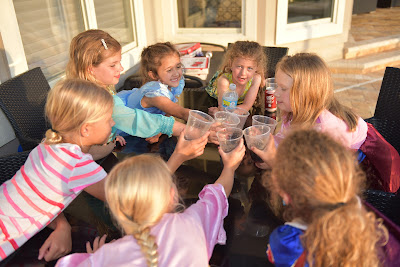 After pizza, we brought out Paige's cake and we sang to her and then served cake to everyone. 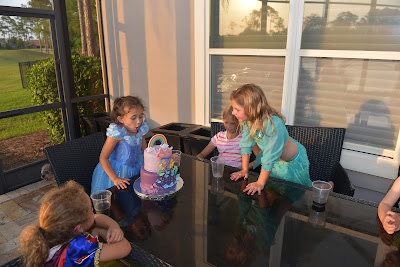 It was a fun party, but definitely more work and stress than Andrea and I had anticipated. Wrangling together a bunch of shrieking hyper girls was pretty difficult, but Paige had the best time and loved every minute of it. Big thanks to Andrea for getting everything together and making Paige's party so special for her.
Posted by Shawn Vernon at 7:14 PM