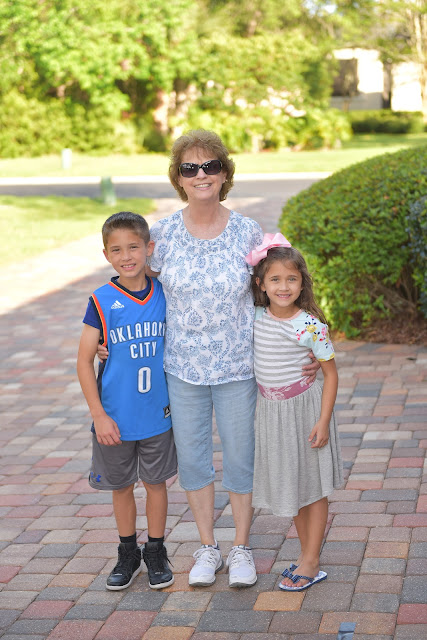 On Tuesday, April 11th, Grandma Genie flew in for a visit. The kids had been excited all week for her visit, and we had some fun with her during the week before the cruise, even though it was a school week. 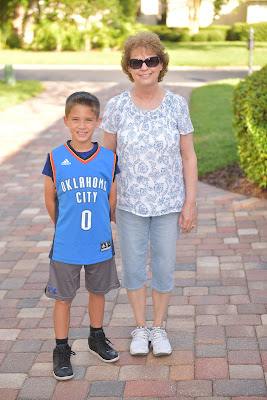 Grandma Genie got Connor an NBA jersey for his birthday, and I snapped a pic of them while he was wearing it. 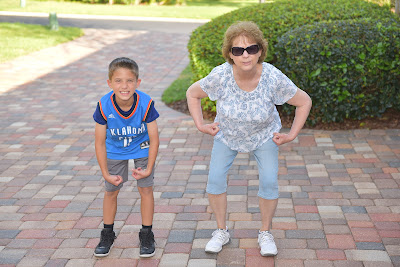 Connor and Genie played ping pong upstairs, and practiced their tough game faces and posed for a pic together. Paige got in on it too. 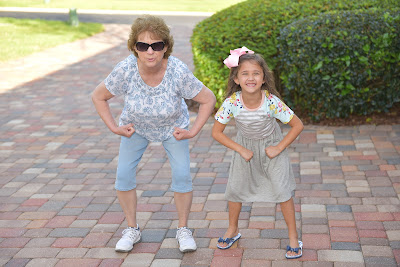 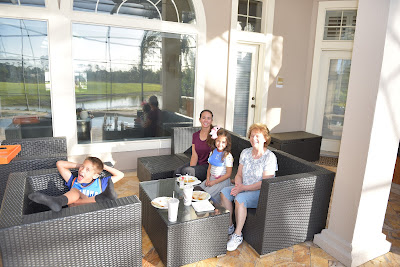 We ate it out back and then Grandma gave Paige her birthday gifts a bit early so she could be here when Paige opened them. 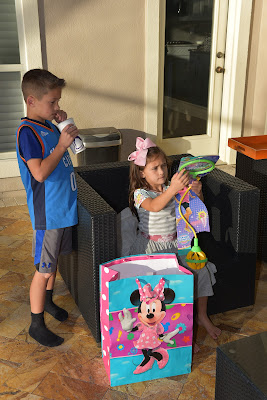 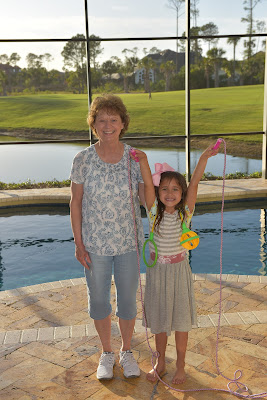 We played out back for a bit, then did some jumprope in the shade by the garage. 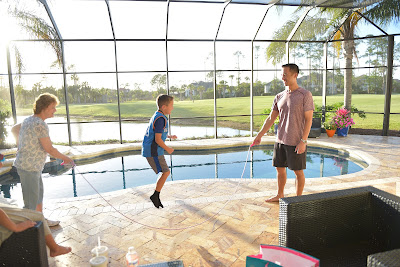 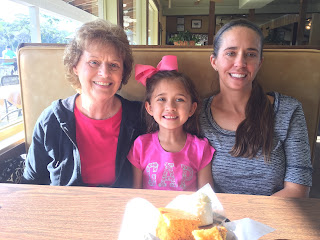 We ate at Barbara Jean's, took a ride in the golf cart, and even visited Branchy. 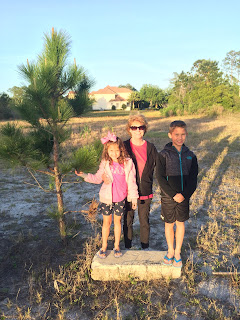 It was a nice few days at the house, before we left for the cruise.
Posted by Shawn Vernon at 5:30 PM