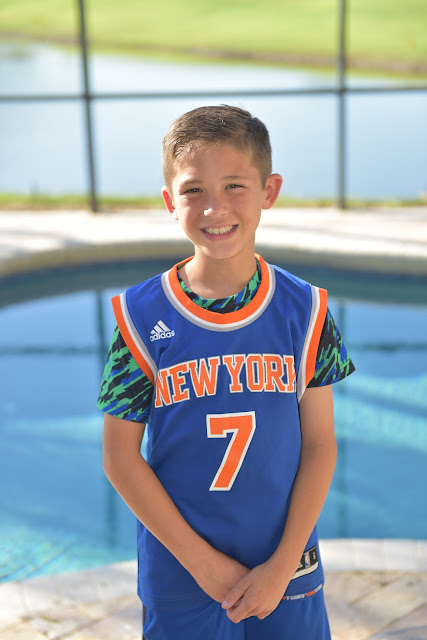 Friday was Connor's birthday and this year we took the opportunity to celebrate with family since the Vernons were in town. After Universal Studios, Chris, Abby, Max and Alex went to Grandpa Rick and Grandma Alice's house for the week. I met them for lunch one day, but on Tuesday through Friday it was mostly a normal week for us and the kids went to school and got caught up. On Friday, after the kids went to school, Andrea went to the store to get some decorations and for some sweets for Connor's birthday party. 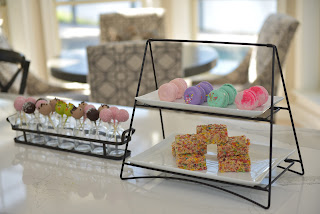 After Connor got home from school, we snapped a few pictures of him with the decorations before everyone arrived. 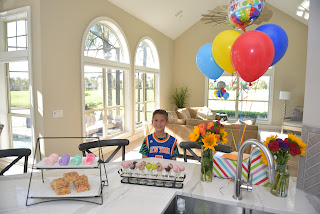 Once everyone showed up, Connor opened his cards and presents. He was pumped to get a Minnesota Timberwolves jersey and a Jacksonville Jaguars pillowpet. Grandma and Grandpa got him a new basketball, and Chris, Abby, Alex, and Laura got him a new Xbox Forza Race Car game. 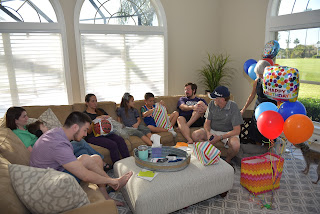 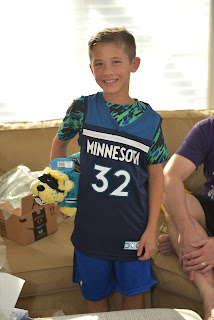 Paige's card and gift to Connor was super cute and homemade. She made a card with Connor and Paige on the front, and inside was a picture of Iggy. Inside, she wrote: "Happy birthday Connor. I hope you enjoy my present I gave you. I hope I can see you when you go to college.". She also made Connor a bookmark and a cute red bow. 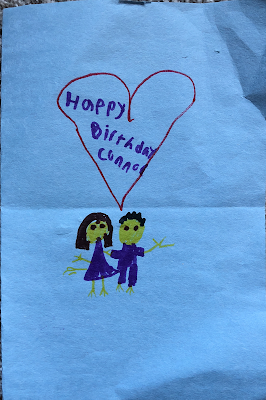 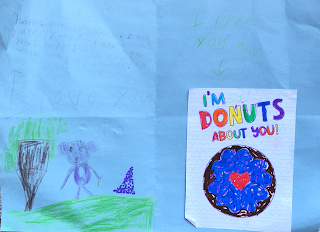 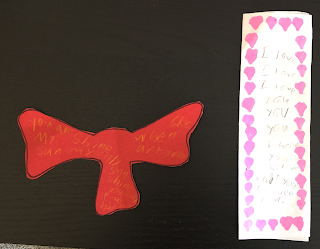 While everyone was together in the family room, we got a Vernon group picture with the tripod. 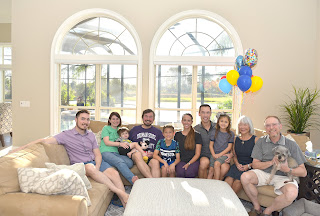 After opening presents, we played basketball with Connor and his new basketball. Connor chose Mommy for his team as well as Alex. Chris, Abby, and I did our best against them, but we were definitely outmatched. After basketball, I went on a short golfcart ride with Chris, Abby, and Alex. Alex drove us around to the North Island and to the Found Forest area. We wanted to ride on the golf course, but it was a busy day for golf and we weren't able to. Once we got back, the pizza arrived, and we all pigged out. Since it was a nice day out, we ate in the lanai area. As the sun set, we brought out Connor's candle and we all sang happy birthday to him. 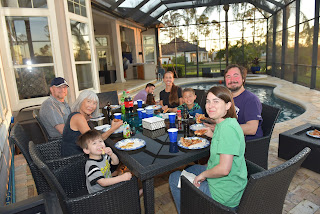 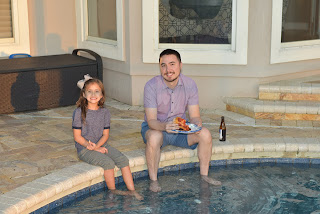 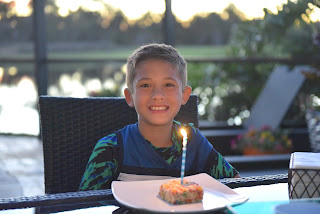 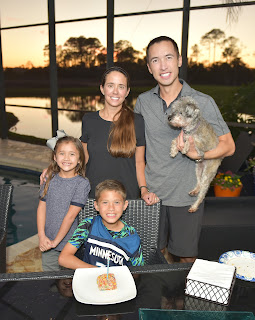 Max liked the candle, so we gave him a turn to blow it out as well. 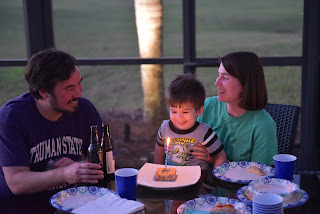 In the evening, Connor and Chris did some NBA quizzes on the iPad and we also tried the new racing Xbox game. 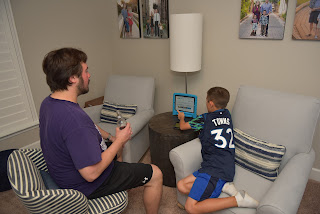 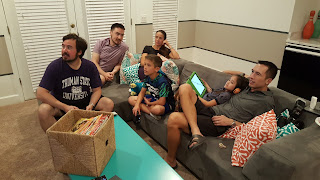 Andrea and Paige dug out Paige's toys for Max, and he had a lot of fun organizing the Shopkins. 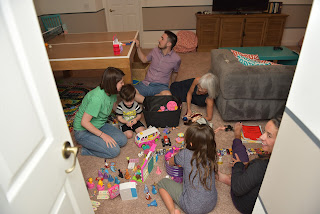 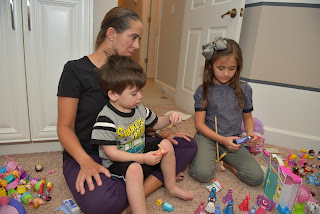 Max also wanted to play "tennis", and Andrea hit with him for a little while. 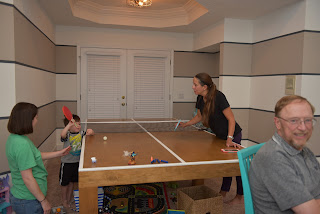 After they finished, a bunch of us took turns playing doubles ping pong together. It was super competitive, and Connor was pretty impressive hammering everyone with his big shots. Unfortunately, the video I got wasn't the best, but everyone had fun with it. 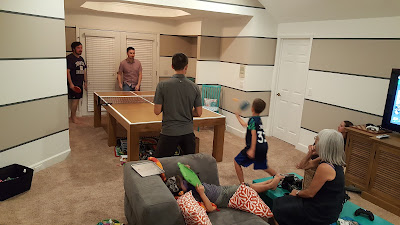 After it got late, everyone eventually left and we all went to bed. Connor said he had the best birthday ever, and we're glad everyone was able to celebrate with us together. Thanks to Andrea for getting everything together for Connor's big day, and for making his day so special.
Posted by Shawn Vernon at 3:19 PM

That was a great time. Nice to celebrate Connor's birthday with him and all of you guys.