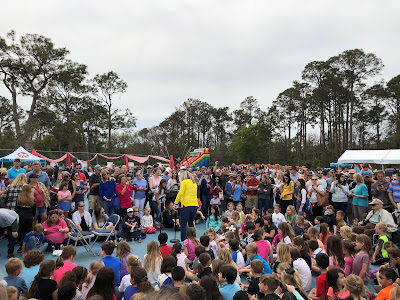 This Saturday, in the afternoon, we went to the school carnival. The kids have been looking forwards to it for a while, and Paige has been rehearsing some songs to sing with her classmates. When we arrived, we looked around for a little while and then went to the middle area so Paige could sing with everyone. There were some soloists during a few of the songs, but Paige didn't wan to try out for that. She did enjoy singing with everyone, and it was cute to hear all the kids out there. 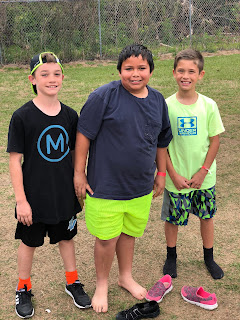 Connor ran around with his buddies for most of the day. He did some obstacles with his buddies and we also bought them all a few turns on the ball toss and thankfully Connor's buddy hit the target and dunked that turtle. 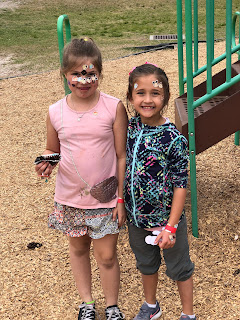 Paige ran around with a few of her friends, but spent most of her time with Caitlyn. They got stickers on their faces, did the cake walk to win some cupcakes, and enjoyed some shaved ice. 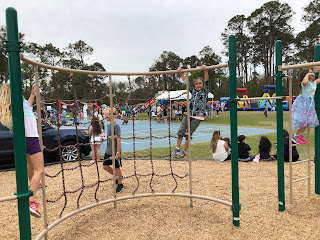 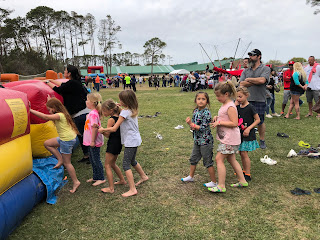 Both kids enjoyed their time at the carnival, and it was all for a good cause to improve the security at the school. We could already see some new security doors and some new fencing going up.
Posted by Shawn Vernon at 4:00 PM