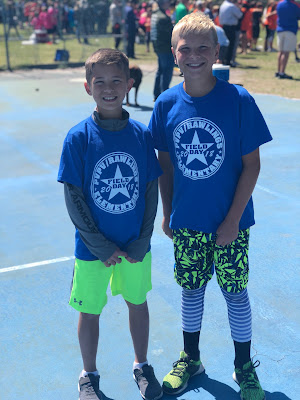 Connor had his 5th grade field day on March 22nd 2018. He loves his class with Mr. Zerrahn, however he knew going in to field day that they weren't going to be the most competitive class with all the physical challenges. Andrea went to see him compete, but unfortunately showed up just after he'd competed in the 50 and 100 yard dash. The races included a couple kids from each class, and the top few from the initial heats moved on to the final race. Connor made it to the final race both times, and while he didn't win, he was apparently super fast and we're proud of him for doing his best.

The class did their best in the different events, but didn't win anything the entire day. The last event was tug of war. Connor's class beat two other classes to get to the final and they were all very pumped to have a chance of winning an event. Andrea got it all on video, and it was super exciting. Connor and his classmates were so fired up and we loved seeing them get a win, especially on the final event. 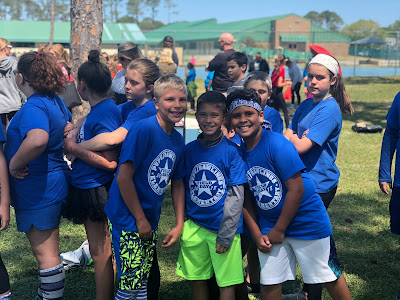