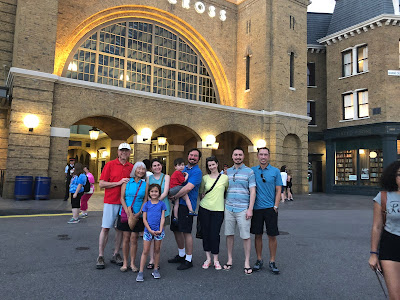 On Monday, February 26th, Paige and I went to Universal Studios with everyone. When we arrived and got through security, we got in line to buy tickets and then realized it would be faster to buy them online and have them printed at the will-call station. We decided to buy a one-day one-park ticket and opted against the fast pass, which was quite a bit extra. It turned out to be a good decision since there was plenty to see at the Universal park, and the lines were pretty short since it wasn't a very busy day. We never had to wait more than 30 minutes for most rides, and usually didn't have a very long wait. 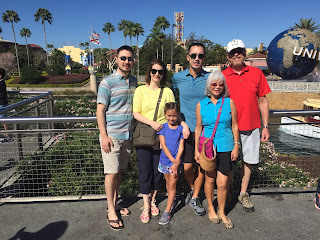 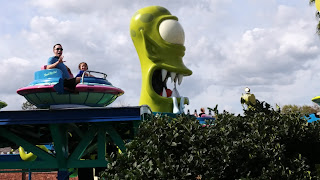 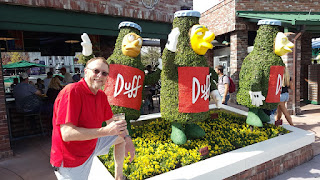 After riding a few rollercoasters, we got some free-refill drinks and then we saw a Dippin' Dots stand and got some dots to eat. In the early afternoon we went to the kids zone and rode the little Woody Woodpecker rollercoaster which was about the same size as the Barnstormer. Paige loved it and was super pumped that she was tall enough to ride by herself as well. 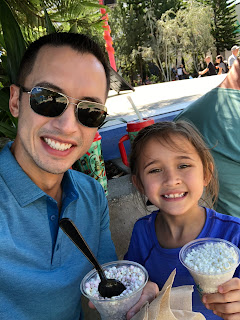 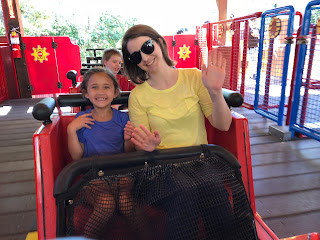 Max played and got wet for a while in the water area and then we noticed the ball area as well. We all had a good time blasting the foam balls at each other. 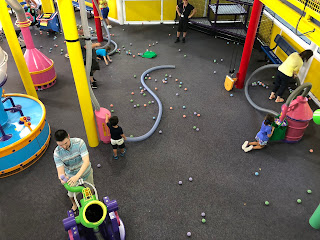 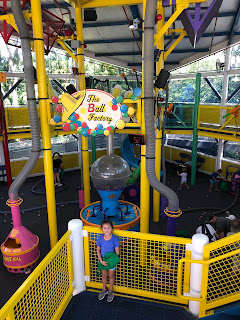 In the late afternoon and evening, we spent quite a while in the Harry Potter area. 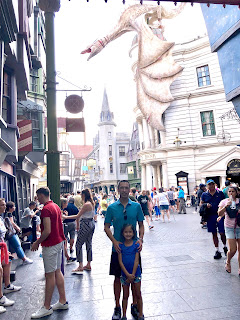 There was a pretty amazing rollercoaster+movie ride through the underground dungeons of the Gringotts bank. Paige didn't read any of the books or watch the movies, but the ride was pretty fun and similar to a lot of the Universal rides.

A lot of them were moving machines with some screens and movies throughout. It was fairly disorienting at times since the machines would definitely move at times, but would also simulate movement while being synchronized with the movie. It was hard to really know how much we were moving vs just being tipped around in the machine and seeing a movie showing the movement. Some of them were better than others, and the Harry Potter ride was probably the best. The Mummy ride had the most actual rollercoaster movement involved, but also had quite a few sections with movie screens and other effects.


Unfortunately, Max was too short for most of the rides, but he was a super good sport and liked playing in the kids area and playing with Paige in the Hary Potter area. 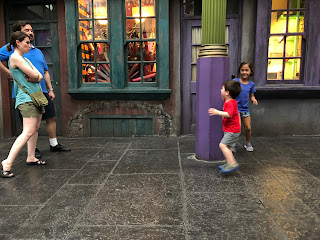 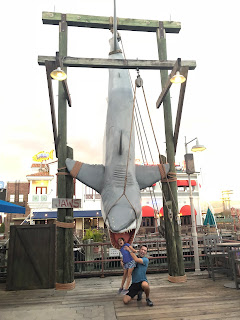 As the sun went down and the lights came on, Paige and I decided to get ready to leave before the Mardi Gras parade. Paige and I had a really fun time together with everyone and while we'd been unsure if we were going to go or not, we were definitely glad we did. It was fun to try something new, and it was nice that the park wasn't too busy and the lines were fairly short. 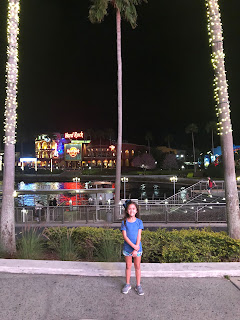 It was fun at Universal - more fun than I thought it would be. I was very glad you guys joined in with us. I think everyone had a good time.