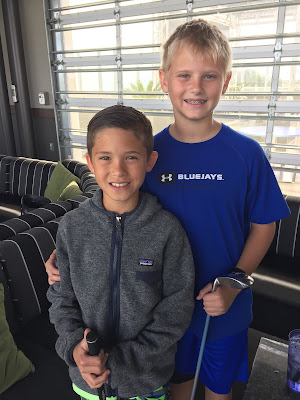 On Saturday morning, Connor went to Top Golf for Cooper's birthday party celebration. Connor hadn't ever hit a golf ball for real, only mini-golf. He took some pointers from Cooper's dad Steve, and then the boys played some games, hitting the balls at the big targets. Connor placed 7th of 8 in the first game and 5th in the second game. It was also kind of a neat opportunity for Connor to meet some of Cooper's friends from Ocean Palms. Other than Cooper, all of the boys at the party will be going to the same middle school next year.

We're glad Connor had fun and got to celebrate with his buddy Cooper. 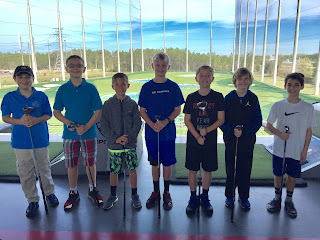 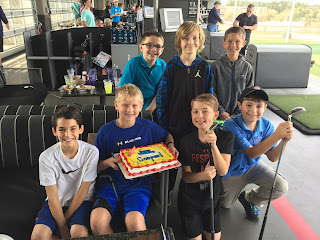