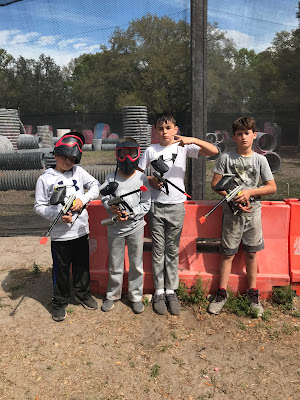 On Sunday, Connor joined Wolfie, Namath, and Harrison for a birthday party to celebrate Wolfie's 11th birthday. Connor hadn't done paintball before, and we had a talk about being safe and responsible with the gear. It was funny to see in some of the pics when the kids were holding their paintball guns, Connor opted to keep his mask on and had good trigger discipline.

The boys played a few different games, 2v2 and eventually played with another group of boys that showed up. They got messy and worn out, and after paintball they swam at Wolfie's for a little while. 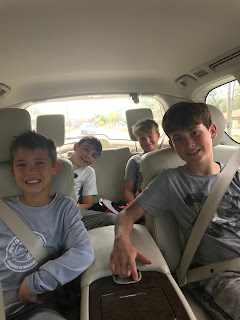 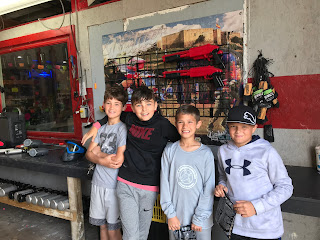 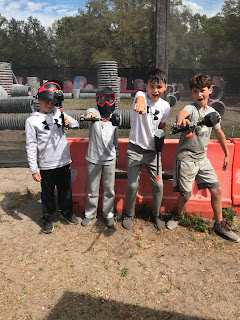